“I’m very excited that we have come to terms with Danny,” said OCSC Head Coach, Braeden Cloutier. “He is a player that has gone under the radar and will surprise a lot of teams this year. Danny is a tenacious midfielder that has impressed everyone through our preseason.”

Crisostomo, a midfielder from Fontana, CA, will join OCSC for the 2019 season. He most recently played for UCI, where he was named 2018 Big West Midfielder of the Year and All-Big West First Team. Crisostomo joins other UCI alumni Mats Bjuman, and Giovanni Godoy who have also played for OCSC. 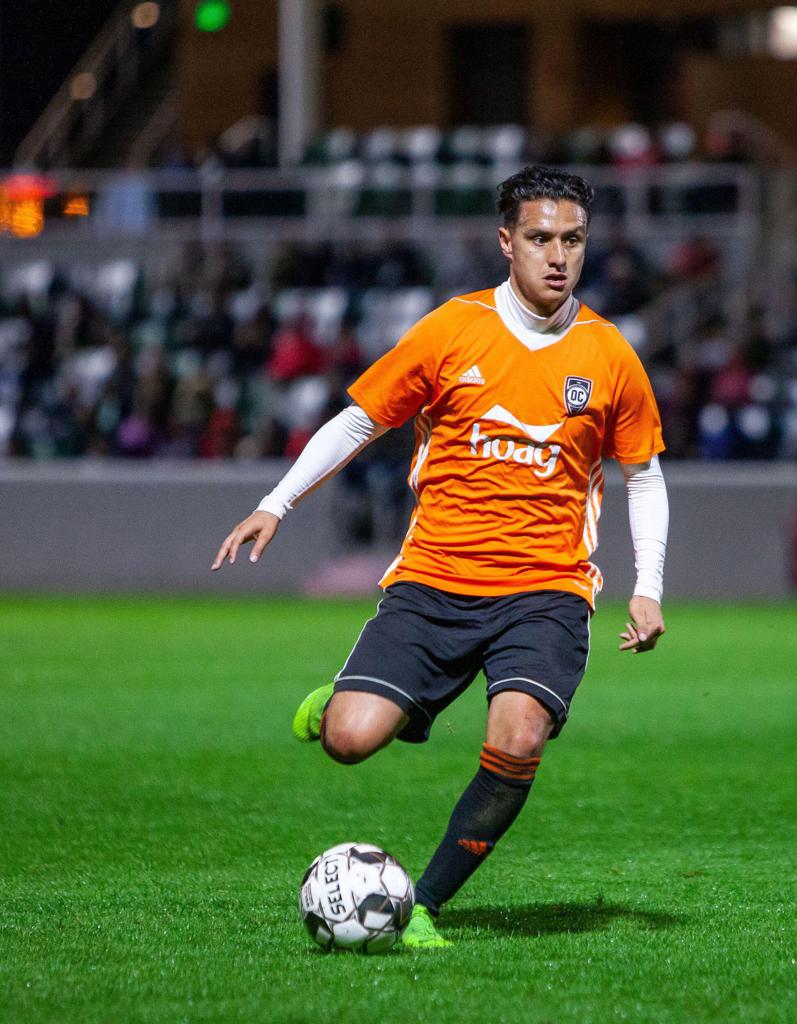 “I am blessed to have signed my first professional contract with OCSC,” said Crisostomo. “I am excited to represent the organization both on and off the field. I am looking forward to our success this season. Thank you to everyone who has supported me in my journey.”

Crisostomo highlights the strong relationship between OCSC and the local colleges; he is the third player to sign with OCSC from UCI and the fourth to hail from the local D1 and D2 programs. Crisostomo began playing soccer in Fontana, CA and was a member of the u14 and u15 national team. He has also played for a number of local academies including, LAFC, Chivas USA, and the Anaheim Express.

“Danny is local talent that has developed in the Southern California market and we are very happy to add him to our roster,” said OCSC General Manager, Oliver Wyss. “We value our strong relationship with UC Irvine and other local universities who have provided multiple talented players for our team the last few years.”

Danny Crisostomo is a southern California, soccer player from Fontana, California and a recent graduate from the University of California Irvine. Prior to UCI, he attended the Webb School in Claremont, CA where he received a number of athletic honors including four-time first team all-league. Crisostomo made his way through the local clubs and academies and was a member of the u14 and u15 national team.