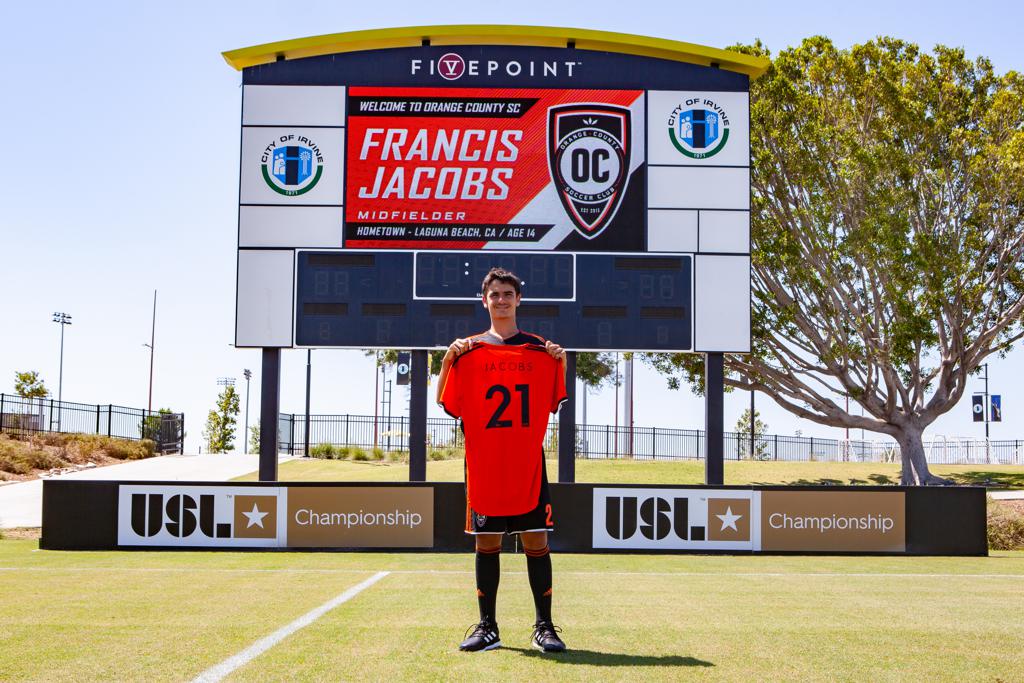 “Francis is a special Orange County talent and has shown a maturity on the field way beyond his years,” said President of Soccer Operations & General Manager Oliver Wyss. “He is the perfect model of player to develop in our pathway to professional program that we have established here in Orange County. The entire organization is committed to providing him with guidance, training and support as he begins the first step in what we believe will be a long professional soccer career. Our training environment will allow him to learn every day from our experienced technical staff and play alongside top pro players, some of which have played on the highest international level in Mexico and Europe. Francis has a bright future ahead and we are proud to have him and his family as part of Orange County SC.”

“I am very excited for Francis, who is a young and gifted local talent, to join our team,” said Head Coach Braeden Cloutier. “I’ve been really impressed with his poise and ability on the ball that he’s shown us these past few months. This is a great opportunity for Francis, and also an exciting challenge for the entire Orange County SC technical staff to do everything possible to help him reach his fullest potential.”

Jacobs joins OCSC following a successful stint with Irvine Strikers, where his performances earned him national team call-ups with both the United States U-14 National Team and, most recently, as a participant in the 2018 U.S. Junior National Team camp. Jacobs becomes the youngest ever professional after inking his deal at 14 years, 4 months, and 29 days. 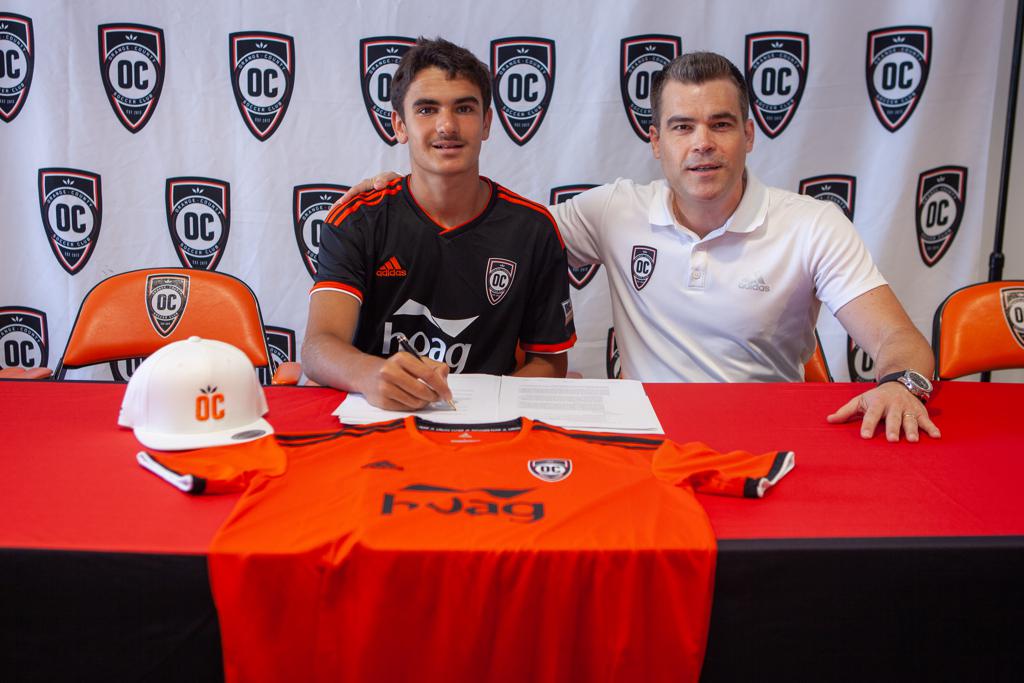 Jacobs will now look to follow in the footsteps of Orange County SC teammate Aaron Cervantes, who signed his first professional contract aged 15 years old prior to the 2018 USL Championship season. This year, Cervantes has become a regular in goal for OCSC recording eight appearances and two shutouts while splitting time with the United States U-17 National Team.

“It is really exciting to be playing for Orange County SC,” said Francis Jacobs. “I would like to thank Mr. Keston, Oliver & Braeden for giving me this special opportunity. I want to make everybody who has helped me get here proud and I am looking forward to the future.”

Having trained with Orange County SC and clearing eligibility requirements for USL Championship play, Jacobs is eligible to take the field as early as Saturday, August 17 against Las Vegas Lights FC. 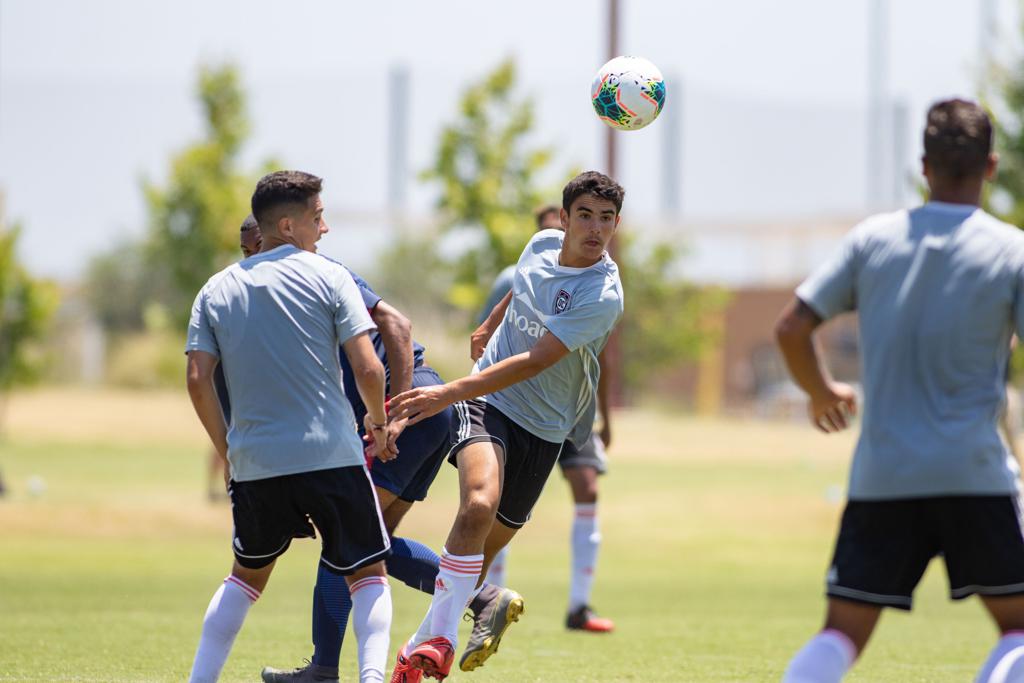 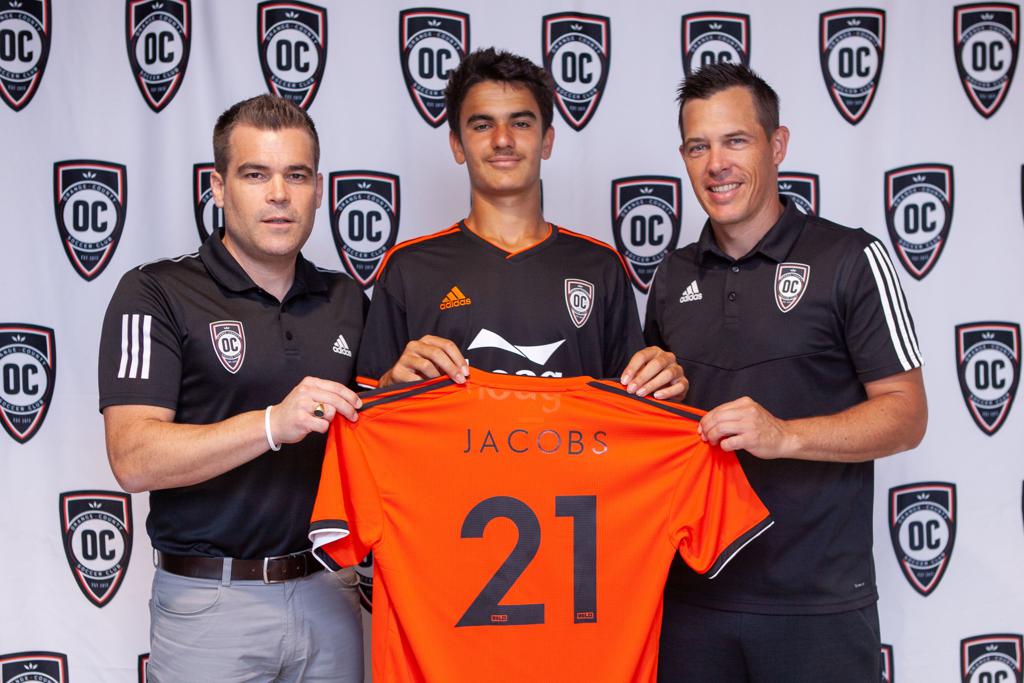 Orange County Soccer Club is Orange County’s only professional soccer team that is part of the United Soccer League (USL), the fastest growing Division II professional soccer league in the world. The USL is comprised of 34 teams across the United States. The team plays its home games at the Orange County Great Park’s Championship Soccer Stadium, located in Irvine, CA. Nestled in the heart of the Great Park, Championship Soccer Stadium has a capacity of over 5,000 for Orange County SC matches. Orange County SC was one of 12 founding members of the USL during its inaugural 2011 season. The preceding club, Orange County Blues, won the 2015 Western Conference Regular Season Championship and reached the Western Conference Semi-Finals of the USL Playoffs in back-to-back seasons. Team owner and Chief Investment Officer of LARO Properties, James Keston, purchased and re-branded the team in 2017. Keston, who actively oversees all operations of the team, is dedicated to providing a pathway to professional soccer and a world-class soccer organization that focuses on the fans, players and youth clubs of Orange County.