Orange County not dampered by rain, win again on the road.

Orange County took to a rainy Providence Park to take on Portland Timbers 2 in a game that has huge playoff implications.  Orange County has been inconsistent on the road during the season, but they looked to get two road wins in a row against quality opponents. 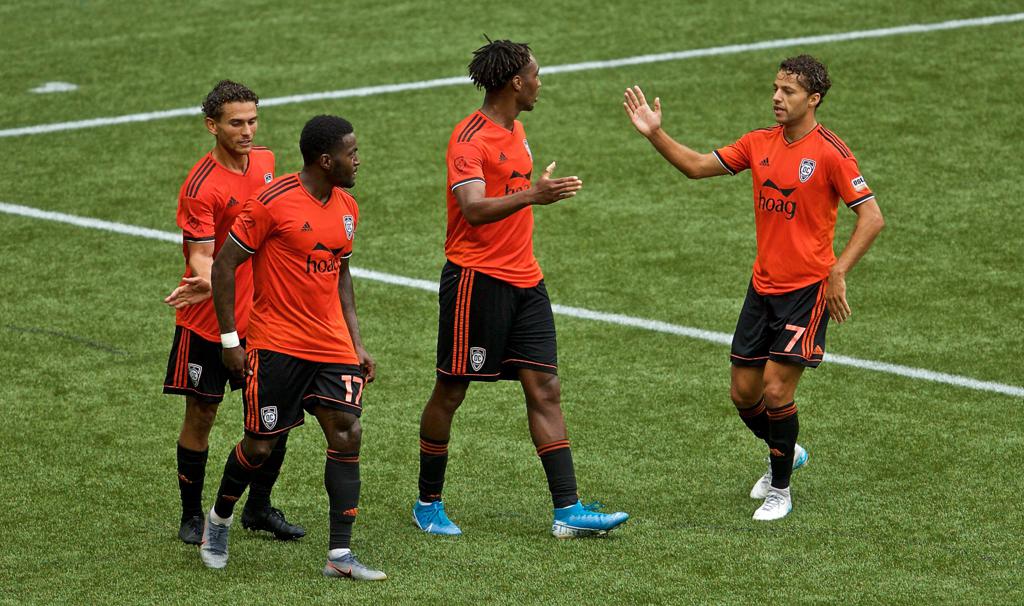 The first half looked as if that good road form they displayed in New Mexico came with them. They dominated possession, and looked comfortable doing so. They also looked good defensively as well. Portland did manage 5 shots in the first half, but none of them were on target.

In the 14th minute, Orange County looked like were the first to strike. Orange County had a set piece and a cross from Harry Forrester found Darwin Jones in the box, who then deflected the ball to Michael Seaton, who had an easy tap in. Unfortunately, Darwin Jones, and subsequently, Seaton were both offside and the goal was pulled back.

Those two did find a way to connect again, this time in the 35th minute. Darwin Jones was played through down the right hand side by Christian Duke. He beat his defender to the touch line, and cut the ball back where Michael Seaton was there to deflect the ball beautifully with his left foot. The ball bounced out of the reach of Portland keeper Jake Leeker and just off the left post and in to get Orange County their most deserved first goal.

The second half started just how Orange County wanted it to. Harry Forrester was the star early on with two great opportunities that challenged Leeker, but Leeker came out the better of the two players to keep the OC lead at 1.

In the 54th minute, it was Darwin Jones and Michael Seaton show again. A bad restart by Portland allowed Henry Forrester to play a ball over to Michael Seaton, who found Jones streaking into the box. Jones took the touch and slotted the ball home to put Orange County up by two goals to nil.

That goal seemed to finally ignite the home team and give them the urgency they lacked the first 50 minutes of the game.  Portland put on the pressure and just 5 minutes after Orange County doubled their lead, Portland pulled one back when Giovanni Calixtro pounced on a rebound. Frederick Due had made a good save with his foot on the initial shot, but Calixtro was in the right place at the right time to put it in.

Orange County regained their composure and looked like they would be able to see the game out, but a handball called on Daniel Crisostomo just outside of the box looked like trouble for OC. The shot was destined for the top corner, but Frederick Due came up huge to get enough of the shot to push it wide of the goal. Due was named to the team of the week last week, and based on this save, should be up for at least save of the week.

Orange County played the rest of the match out without Portland looking dangerous at all. It was a very well played road victory and one that sees Orange County again rise up the standings and could see them in 5th place depending on the rest of Sunday’s results.

Orange County’s schedule does not get any easier, as their next match will be against another playoff hopeful in El Paso Locomotive. This game will be one of the last three home games for Orange County. Kick off will be at 7:00 pm at Championship Soccer Stadium in Irvine, California.