IRVINE, Calif. - Orange County SC announced the signing of yet another young talent today, with U.S. U17 Men’s National team member, Bryang Kayo joining the club. Kayo, arrives from DC United’s Academy having previously been on loan with Loudoun United FC of the USL Championship. 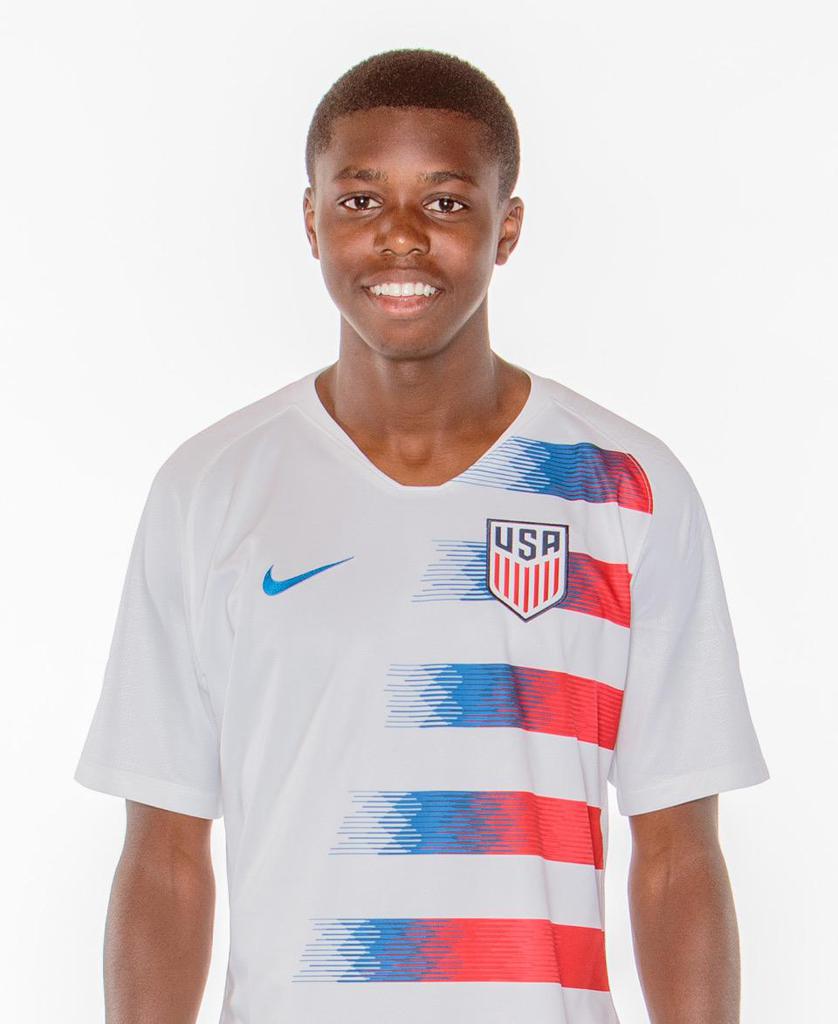 "Bryang is a technically gifted player that I am very excited to be working with. He has already shown at the youth international level that he can compete with the most talented players in his age group. It'll now be good for his progress & development to match up with full professionals on a regular basis." said OCSC head coach, Braeden Cloutier.

Kayo is expected to be part of the U.S. U17 Men’s World Cup team that will head to Brazil in October. Most recently he started in both U.S. U17 victories over Mexico and the Netherlands in the 4 Nations Tournament this past month.

The 17-year-old hails from Maryland where he played for Bethesda SC U-14 prior to signing with D.C. United’s Academy. The 6 foot 1 inch midfielder made 3 appearances for Loudoun FC (DC United’s USL affiliate) this season, making his first start on the road against Louisville City FC. Kayo is eligible to make his debut for the club this weekend on the road versus Tulsa, as the team looks to set a new club record of six consecutive wins.

“We are excited to add Bryang, a proven U.S. Youth International to our roster” said OCSC President of Soccer Operations, Oliver Wyss. “Bryang is a very talented player who will continue to develop and mature in our professional environment. He has a very bright future ahead and we are excited for his upcoming opportunities with OCSC and the U.S. U17 Youth National Team!” Per club policy, terms of player contracts with Orange County SC will not be released.

ABOUT ORANGE COUNTY SOCCER CLUB
Orange County Soccer Club is Orange County’s only professional soccer team that is part of the United Soccer League (USL), the fastest growing Division II professional soccer league in the world. The USL is comprised of 34 teams across the United States. The team plays its home games at the Orange County Great Park’s Championship Soccer Stadium, located in Irvine, CA. Nestled in the heart of the Great Park, Championship Soccer Stadium has a capacity of over 5,000 for Orange County SC matches. Orange County SC was one of 12 founding members of the USL during its inaugural 2011 season. The preceding club, Orange County Blues, won the 2015 Western Conference Regular Season Championship and reached the Western Conference Semi- Finals of the USL Playoffs in back-to-back seasons. Team owner and Chief Investment Officer of LARO Properties, James Keston, purchased and re-branded the team in 2017. Keston, who actively oversees all operations of the team, is dedicated to providing a pathway to professional soccer and a world-class soccer organization that focuses on the fans, players and youth clubs of Orange County.