After seeing their six game win streak snapped on the road last week, Orange County Soccer Club returned home hoping to rediscover their winning ways hosting Oklahoma City Energy. This game is a big game for Orange County in their quest for a home playoff game.

Orange County looked good in the first half of the match. They almost got on the board just 7 minutes into the game when Owusu-Ansah Kontor put a great ball into Michael Seaton, who headed the ball just wide. Michael Seaton had another chance in the 16th minute when Aodhan Quinn put a ball over the top, but the pass bounced away from Seaton at the moment of truth. 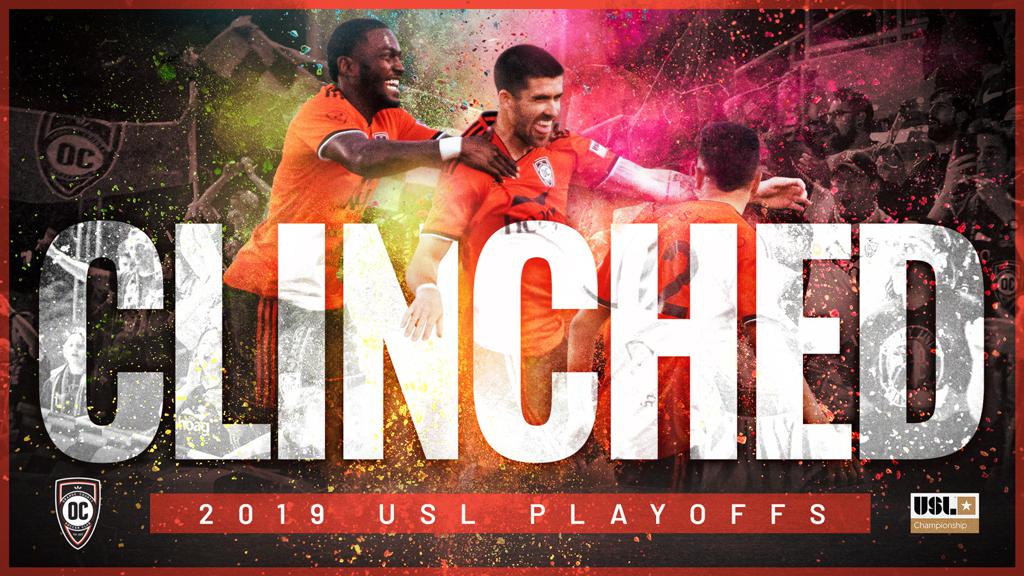 Darwin Jones took over the game later in the half, where he had one of the best chances for Orange County. In the 40th minute, Jones found himself in on goal, but OKC keeper Cody Laurendi came out and got just enough of the ball to push his shot wide and keep things scoreless.

The 43rd minute saw OKC’s Kyle Hyland get a yellow card after a hard foul where his elbow came up and made contact with Kevin Alston. This happened to be Hyland’s second yellow, as he was carded in the 25th minute after running back onto the field after an injury before the officials allowed him to rejoin play.

Down a man, OKC was in full defensive mode for the last couple of minutes of the half, though Aodhan Quinn almost broke through. After faking out a defender, he put his ball on to his favorite left boot and curled his shot, that looked like it was deflected, just wide.

That disappointment did not last very long: in the 53rd minute, Jerry van Wolfgang found Harry Forrester open in the attacking third. Forrester then beat two OKC defenders and as he entered the 18 yard box, used the outside of his right foot to curl the ball into the side netting at the back post of to put Orange County up by one.

Harry Forrester spoke about what his goal meant. “It was a bit relief to be honest,” he said “Back in England I was scoring 10+ every season. I’ve only score 2 this season, so it’s a bit of pressure off. I thought I had left my boots on the plane so it was nice to get another goal.”

No less than a minute later, Seaton picked  a defender’s pocket and was in on goal, but the striker was denied his chance to add his name to the score sheet.

It wasn’t the end of the chances for OC, however. Both Forrester and Jones had three more chances, the closest being Jones. The ball was sent over the top, and instead of taking a touch he took the shot on the volley and it looked like it had found the back of the net for an amazing strike, but it hit the side netting instead.

In the 75th minute, Michael Seaton set up Joe Amico with a brilliant through ball that took a slight deflection, but still found Amico in the box. The fullback did his best striker impersonation and slid ball very calmly into the bottom corner of the goal. It marked Amico’s first professional goal and came less than 10 minutes after being subbed on.

Orange County rebounded very nicely on a night that saw them dominate both sides of the ball. OKC was down a man for the entire second half, and couldn’t register a shot on the night. Leonardo and Hume looked good for having not played together for quite some time, and the clean sheet will leave Frederik Due pleased as Orange County enters in their last two weeks of the regular season.

Coach Braeden Cloutier spoke about how much this game meant. “It keeps the momentum going. Last week didn’t have that sharpness, that killer instinct that we had the last six games. Tonight we came out and had a another great team performance from top to bottom. Perhaps we could have scored some more goals, but I’ll take the two goals and the clean sheet, and move on to the next.” He also talked about what it means to clinch a playoff spot. “To clinch a playoff spot takes that first little bit of weight off and now going into next week, we have a good enough squad to keep people fresh.”

Their schedule does not get easier from here, as they travel on the road to play a midweek game against Real Monarchs and travel to Sacramento to take on the Republic on Saturday. The game has huge playoff implications as Orange County, Real Monarchs, and Sacramento are all competing for the final home playoff place. The Wednesday game will kick off at 6:00 pm.