“I’m excited that the World Cup is finally here and I’m excited about this roster,” Wicky said. “This is the biggest stage you can reach at this age group, and I think the team is excited for this amazing moment in their young careers. We have talented players all over the field and one of their biggest strengths is that they have a great team spirit. There were some tough choices to make when selecting the final roster, but that’s always a good problem to have. 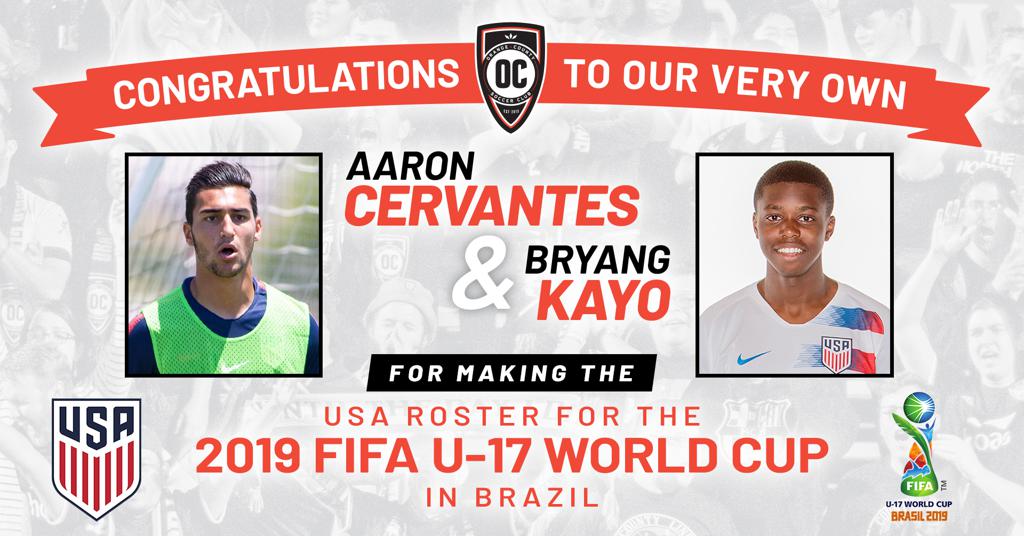 Twenty of 21 players on the roster have spent at least one season in the U.S. Soccer Development Academy, including every player born in the U.S. Thirteen players have logged professional minutes this season in Major League Soccer orUSL League One.

Fourteen players return from the USA’s 2019 Concacaf U-17 Championshipsquadthat clinchedthe Stars and Stripes’record 17th trip to the U-17 World Cup. Four players were named to the Best XI at the regional championship: defender Kobe Hernandez-Foster, midfielder Daniel Leyva andforwards Gianluca Busio and Gio Reyna–all of whom have been selected for the World Cup roster.

Reyna is the U-17s’ leading scorer this year and moved to Germany’s Borussia Dortmund over the summer to launch his pro career overseas. The son of U.S. Men’s National Team legend Claudio Reyna, Gio will play in the U-17 World Cup 30 years after his father did so at the 1989 tournament in Scotland. Busio will be the most experienced professional to ever take the field for the USA at aU-17 World Cup after making 26leagueappearances for Sporting Kansas City over the last two seasons.

Since the start of this U-17 cycle in December 2017, the U.S. has put together a 17-8-5 international record, testing themselves against national teams from 18 different countries.

The 2019 FIFA U-17World Cup features 24 nations divided into six groups of four teams. The top two finishers in each group, as well as the four best third-placed teams advance to the knockout round. All 52 matches of the tournament will be played in fourvenues across Brazil.