Penultimate regular season match is a must-win for both sides as they look to secure a fourth place finish.

SACRAMENTO, Calif.  - Orange County SC wasn’t home for long. After their midweek match, the team heads back out on the road, this time going north to take on Sacramento Republic FC in a late season match that has serious playoff implications for both sides.

The two Copa Califas sides are fifth and sixth in the table, level on points after OC dropped all three points in Utah during the week. The two sides are additionally level on games played. 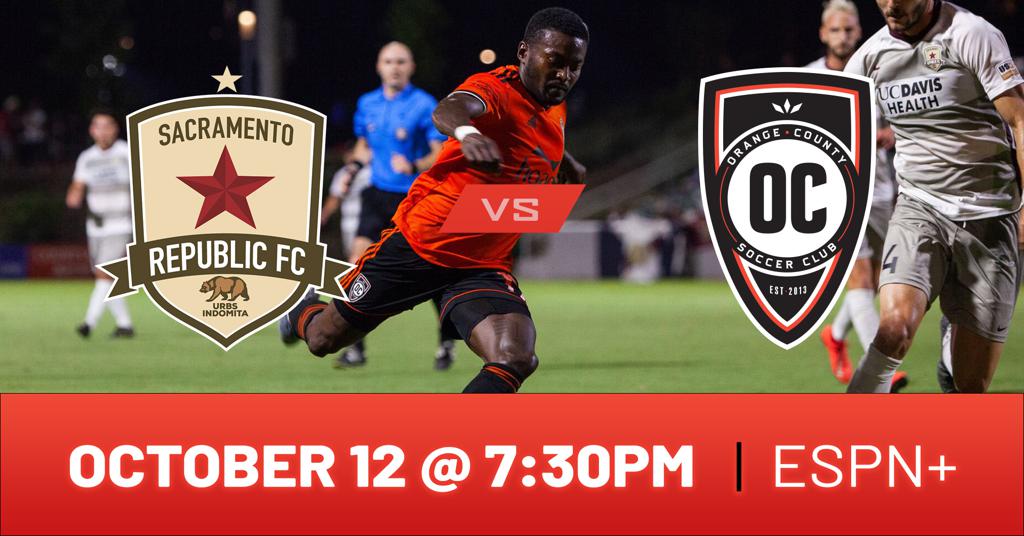 Historically a low-scoring side with a strong defense, the midseason acquisition of former Orange County forward Thomas Enevoldsen has kick started the Sacramento attack. Shutting down the prolific goal scorer will be a difficult test for the Frederik Due and his back line, but it is a necessity to secure a positive result.

Following their midweek match, Orange County will need to manage their fatigue well. Club captain Kevin Alston is likely to return to the starting lineup in place of Joe Amico, who featured on Wednesday against Real Monarchs.

Michael Seaton will be suspended after receiving his seventh caution of the season against the Monarchs on Wednesday. Vinicius has been removed from the caution accumulation list following five appearances without a booking. Hugo Arellano is the only remaining player at risk of suspension due to accumulation.

The match kicks off at 7pm at Papa Murphy’s Park in Sacramento. The game will also be broadcast live on ESPN+ in the United States.

Orange County SC have won seven of their last 10 matches.

Sacramento Republic have scored 48 goals, the second lowest of all teams currently in playoff contention. Conversely, they have conceded just 37, the third lowest of all Western Conference sides.