Orange County Fight Back for Three Points on the Road

Orange County Soccer Club and Sacramento Republic took to the pitch even on points with hopes of securing fourth place and a home playoff game spot on the line for both teams. While they cannot get to fourth place on their own, both teams came into the game hoping to get three points to put pressure on Real Monarchs.

Things did not start well for Orange County. After a turnover, a player familiar to Orange County,Thomas Enevoldsen, put a ball into Cameron Iwasa. Frederik Due came out and tried to make a play on it, but Iwasa was able to round him and put the ball in the back of the net on six minutes. 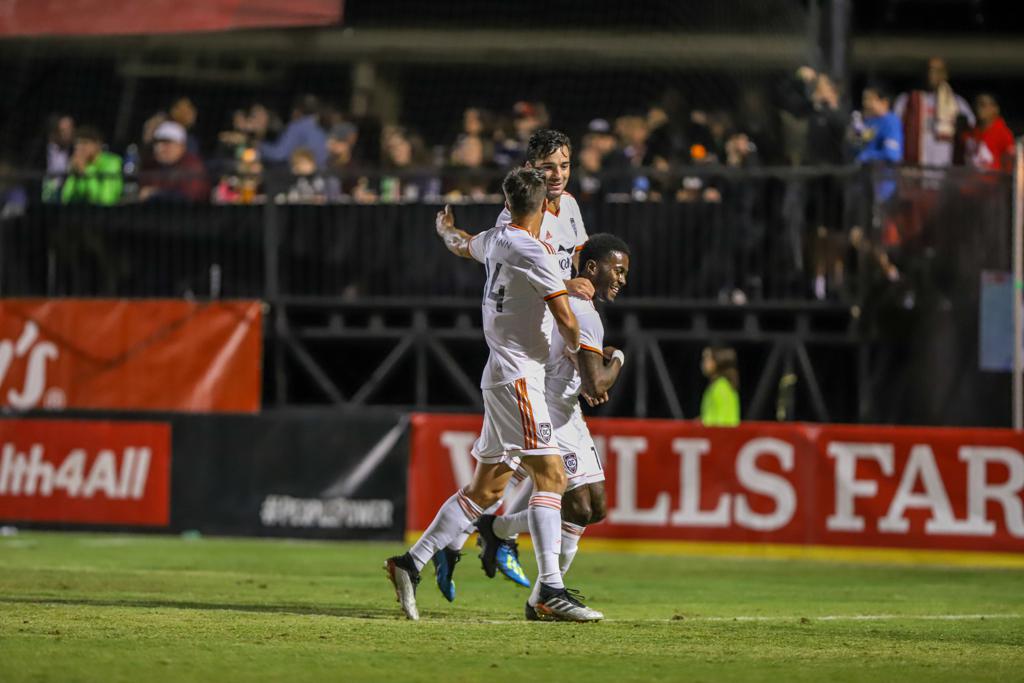 Orange County was not defeated though. They came back very strong and took control of the game. In the 16th minute, Orange County had a corner kick and Harry Forrester put in a great ball and Walker Hume was able to put a great shot on frame. Sacramento keeper Bobby Shuttleworth came up with a huge save, but Darwin Jones was there to pounce on the rebound to draw Orange County level.

OC kept the momentum going and put the pressure on Sacramento. In the 26th minute, Orange County put another goal on the board. This time it was the center backs who did a lot of the attacking work. Harry Forrester put a ball into the box from deep and Walker Hume flicked it on with his head where it found Michael Orozco. Orozco controlled the ball well and put the ball across the box to Vinicius. Vinicius headed the ball cleanly and over Shuttleworth to put Orange County up by one.Orange County was very happy to end the half up a goal on their last road match of the regular season.

OC came out slow in the second half. Sacramento came out with a lot of pressure and put OC into a defensive position. Still, the visitors defended very well and absorbed the pressure. Sacramento kept pushing, and in the 64th minute Iwasa found his way through the defense to level the match at two goals apiece. After the ball was put into the OC box, Due tried to make a save, but the ball squirted around him and Iwasa jumped on the ball to put it in to bring Sacramento level.

The 77th and 78th minutes were quite controversial. On a free kick for Sacramento, the bal lhit Mitchell Taintor in the arm before he was able to put the ball into the net. After a delay, the goal was disallowed. Orange County pounced on the chaos, attacking quickly and earning a corner kick. Harry Forrester put another great ball into the box and Aodhan Quinn looked to get a head on it. It fell to Michael Orozco, who was able to shoot while turning towards goal to give OC their second lead of the night. Sacramento players protested for a handball, but the goal stood.

Orange County hung tough and fought through some physical play to hold on to win their last road game. With Real Monarchs getting all three points against Phoenix, Orange County will need some help to get into that 4th spot, but they have put distance between themselves and Sacramento to stay away from the play-in games.

Orange County will have one more regular season game against Fresno Football Club. The game will be played at Championship Soccer Stadium. Kick off will be at 7:00 pm.