Professional Pathway is paying dividends for Orange County SC at the U17 World Cup in Brazil, the U15 UEFA Friendlies in Poland and the USL Academy Cup in San Antonio.

The head coach of Orange County Soccer Club was not in San Antonio , as Orange County’s U-17 team took part in the opening game of the inaugural USL Academy Cup. Instead, Cloutier watched on Livestream as the young men he’s coached and nurtured over many years put on a show worthy of a world-wide audience, scoring seven goals in a decisive rout. 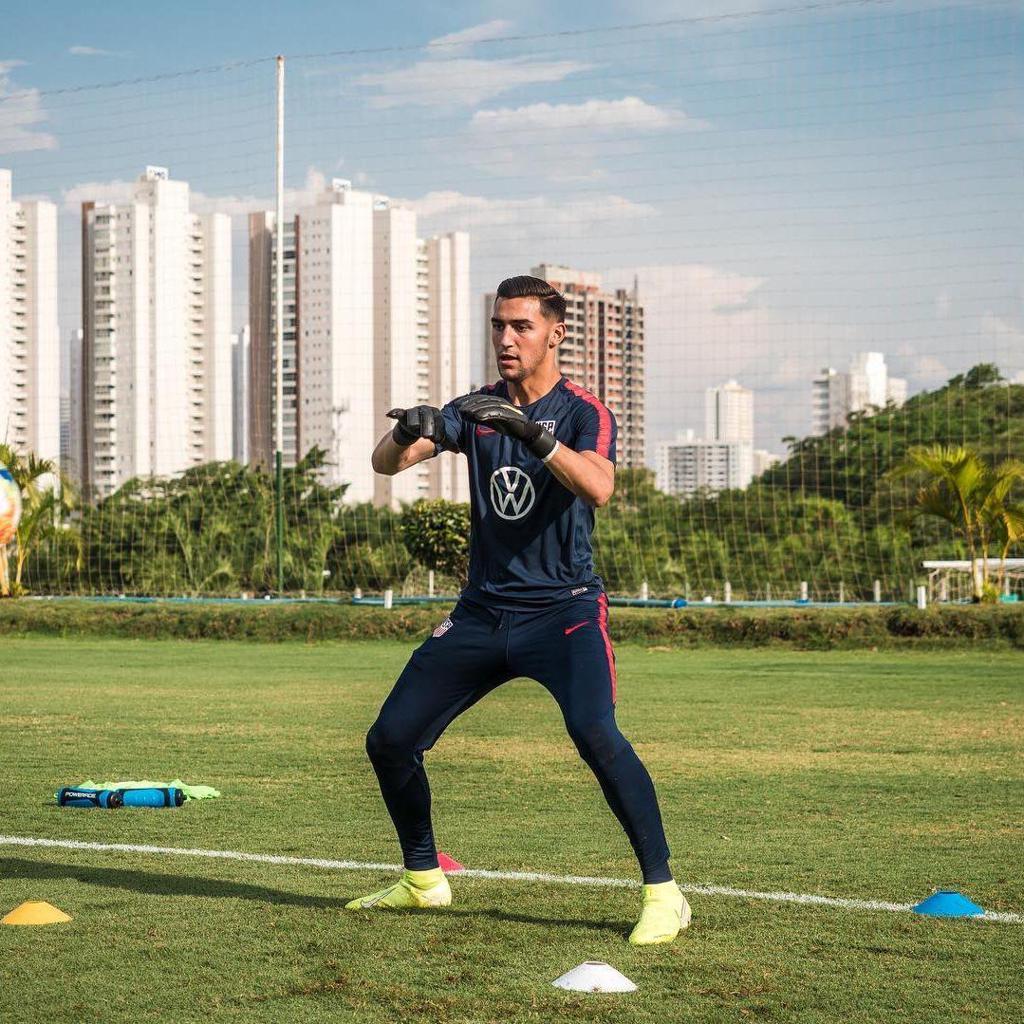 “I coached these kids when they were 7- and 8-years-old,” Cloutier said. “They’ve been over my house. I’ve watched them grow up, and now having this opportunity, it was fantastic. Watching them play in the stadium, it was no different than watching my own son play.

“I just kind of watched it as a fan, rooting for a lot of these kids that I’ve known and wanting them to succeed, not just for the club, but for them personally. To see how they’ve matured over the past 10 years, and how they handled themselves, it’s something special.”

It was a natural outpouring of emotion and pride by the head coach, and it was shared by OCSC general manager Oliver Wyss. Yes, it was foremost about the players, the boys they’ve watched grow and mature on and off the field. But it was about something else, too.

In a very real sense, there was a feeling of paternal pride in something a bit more abstract, but nonetheless equally powerful and rewarding.

The youth program that sent this collection of U-17 players to San Antonio – what the team calls its “Pathway to Professional” -- was the brainchild of Wyss, Cloutier and Orange County Soccer Club owner James Keston.

An idea they collectively brought to life three years ago – but had ruminated in Wyss’ mind since his arrival to the United States during the World Cup year of 1994 – bore its first bountiful harvest at San Antonio’s Toyota Field, and the period of growth is only just beginning.

“This is not the last piece, but it’s the most important piece,” Wyss said. “From Day 1, when I came over here to play professional soccer, I got involved in youth soccer and the talent I’ve seen was just incredible, but there was never really a structure. When I got involved five years ago with Orange County Soccer Club, we had to build an organization first and foremost, but we all felt strongly about the youth market.

“When James purchased the team, it was clear his passion was player development. We’ve always had the dream and vision, but he mandated but also committed the financial resources to execute it.”

The “mandate” as Wyss describes it, was to harness the talent-rich community in Orange County and create a structure, not unlike the youth development programs common in Europe, to give the top local talents the opportunity to train and learn from the OCSC professional staff and players with the goal to earn minutes on the main USL Championship team.

With the veteran players buying in to help these young talents grow and succeed, young players such as Jacobs and goalkeeper Aaron Cervantes are creating their own pathways’ to soccer success.

“You need to have the staff. You need to have a head coach who is aligned with the goals of the organization to play these young players when they’re ready to play,” Wyss said. “Naturally, every professional coach wants to win games and ultimately Championships, and so do we. But also understanding that if a young player is ready to play, give him the opportunity and know he’ll have the backing of the organization for that.”

“It truly came into fruition two years ago when we singed Aaron Cervantes. At that time, he was a very talented 15-year-old goalkeeper that played for a local club. We felt he was ready for the next level, and we brought him in and developed him in a professional environment.

And even though at first he didn’t make an official appearance with the team, he eventually established himself in midseason this year as our No. 1 goalkeeper. And I think that really proved that we’re not only saying we want to create a professional pathway, but we’re actually doing it.”

After a 2-2 draw with Phoenix Rising FC, Orange County SC closed out the tournament with a 3-0 victory over Santa Cruz Breakers FC.

The 7-2 victory in the opener, played at San Antonio’s 10,000 seat Toyota Center, was Livestreamed, allowing Wyss and Cloutier to watch while the parent club prepared for a match in Sacramento.

“For me personally, I’ve been involved in youth soccer for over 25 years in Orange County and always believing in this market, it was a special moment,” Wyss said. “This, for the first time, was our very own U-17 team that we put together through professional tryouts, scouting and long-lasting relationships with local youth clubs. We’ve known some of these players since they were 7- and -8-years-old. For them to now represent our organization and to be the future of our club was a very special moment. It shows that there’s not only a lot of talent, but there’s a true commitment from OCSC to put teams like this one together.”

Pathway to Professional not only brings in top Orange County talent to train on the field of play. The goal, under Cloutier, is to teach these top prospects the lifestyle of being a professional player. From how to wear one’s socks to proper nutrition and sleep habits, to learning how to learn from mistakes on the field and improve as players.

“A lot of kids think it’s what you do at practice, and practice does play a big part, but definitely the off-field stuff plays a big part,” Cloutier said. “These kids are going to have distractions in their lives, going out on a Friday night, where they have to stay in. It’s about being disciplined and sacrificing. That’s where the older players show them the ropes. It’s not just throwing them out on the field and seeing if they sink or swim.”

Cloutier acknowledges the difficult balancing act of trying to find valuable game minutes for his young charges while also still keeping the team’s commitment to the older veterans that the ultimate goal is winning the USL championship. Cervantes is the only Pathway player to earn regular minutes on the first team as OCSC prepares for the USL playoffs, which begin next week.

“I want the best of both,” Cloutier said. “I love seeing these younger players get an opportunity and contribute, like Aaron has this season for us. But at the same time, we’re here to win a championship. If you tilt the scale in one direction, you can lose a lot of older and senior players really quickly. Tilt the scale the other way, you’re not getting the development for the younger players. They need games to make mistakes and learn.

“I think we did a really good job of balancing it, where the senior players see the talent and the value of the young players and are encouraged by it and want to help them. It’s been difficult [lately] trying to get these kids minutes, but what they have been able to do the past 2-3 months in training and getting to scrimmage against men on a regular basis, now these kids are getting opportunities on national teams.”

Cervantes, the starting goalkeeper for Orange County Soccer club since midseason as the team surged to a playoff berth, joined Kayo on the U.S. Under-17 Men’s National team at the 2019 FIFA U-17 World Cup in Brazil.

Jacobs played for the U.S. U-15 team in a UEFA Development Tournament in Poland this past month, where he played in all three games, starting in two of them and scoring the game winner vs. Iceland.

Kayo, who was contracted with D.C. United of the MLS, was one of two highly-regarded U-17 players signed by Orange County. Joining Kayo was Chino’s Diego Lopez, who had been part of the MLS’ Atlanta United.

“It’s a massive accomplishment for our club,” Wyss said. “It’s a clear statement that the professional environment that we have established and these players are training in is showing immediate dividends on their development. Not only for us, but for the U.S. Youth National teams which is the ultimate measuring stick for the top young players in this country.

“It’s a true measurement of how far we’ve come. When we recruited Aaron, we also tried to sign Diego. Aaron fell into our club structure and has done extremely well and it was understandable at that time that Diego went the MLS route, because it was, on paper, a more proven route. But clearly, he realized that coming back to Orange County was better for him if he’s looking for true development, first-team playing minutes, and also a club that is willing to transfer players at the right moment so they can succeed on the highest level.”

With OCSC players competing and succeeding in the USL Championship, U17 FIFA World Cup, U15 UEFA friendlies and the USL Academy Cup, the pathway for Orange County’s next generation of soccer stars has never been clearer.