RANGERS can today announce a strategic partnership with Orange County SC of the USL, founded on football, youth development and commercial activities between California and Glasgow.

The new partnership includes several exciting programs, activities and player movements between the two clubs. A number of Rangers Professional and Academy players will go on loan for the season to play in the USL for the OCSC first team from January 2020. 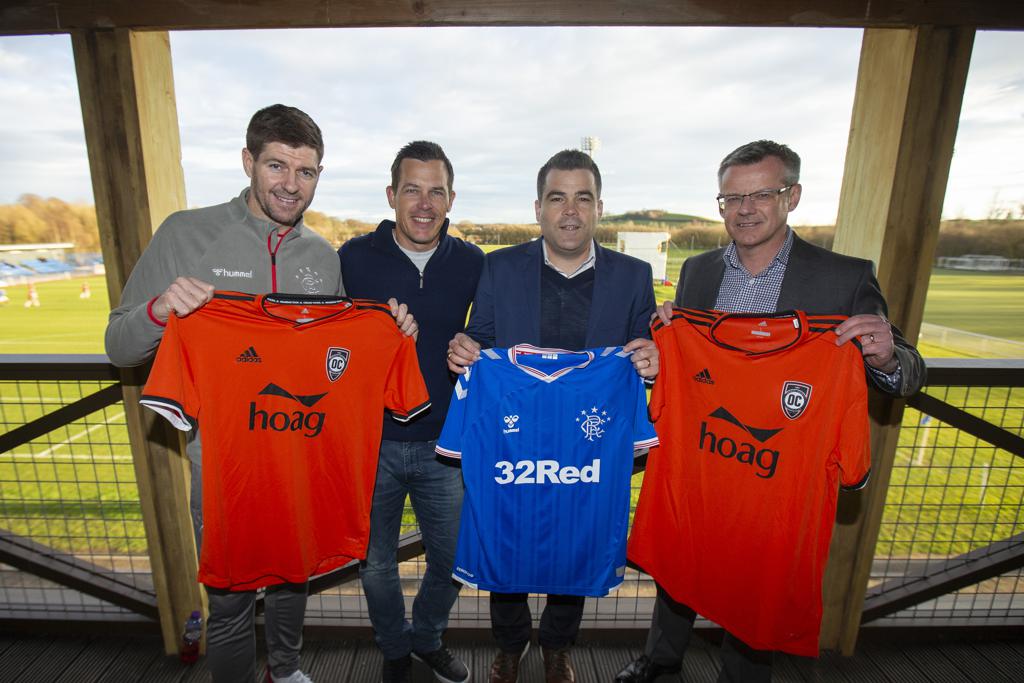 Three professional OCSC youth players were welcomed to the Gers on trial this December, with the USA youth internationals Francis Jacobs, Aaron Cervantes and Diego Lopez playing in Academy matches.

Full-time members of Rangers staff will transfer to Orange County to help develop and deliver the programme on all levels.

Preparations are being made for a Rangers Squad to participate in a new concept friendly football tournament in Orange County in the summer of 2020 and 2021.

Rangers Soccer Schools will join forces with Orange County SC to provide both daily coaching sessions and week-long clinics to boys and girls in the Southern California area.

The commercial and media teams at both clubs have formed an alliance focused on identifying mutual sponsorship opportunities and digital content projects on both sides of the Atlantic.

A behind-the-scenes documentary telling the story of the young players crossing over between Orange County and Glasgow is already in development and will be aired during 2020.

“The Club’s international strategy is a core-pillar to our growth plans and this relationship gives Rangers a permanent presence in the U.S. and a platform to develop further.

“After an initial approach from OCSC, my team and I visited Orange County earlier this year and saw the opportunities at first hand that this relationship could create.

“The Orange County area has hundreds of thousands of youth players and the club has first-class facilities and a staff that includes Technical Director Frans Hoek, formerly of Barcelona, Manchester United and the Dutch National Team and President of Soccer Operations Oliver Wyss. They have decades of experience. Not to mention the weather and lifestyle are some of the best in the world.

“Rangers already has incredibly strong support across North America, and this relationship will help us engage with our existing fanbase in the United States, attract new fans, and provide exciting commercial opportunities. Rangers Academy should also benefit with exciting new talent from America.”

Orange County SC owner James Keston said: “We are thrilled to join the Rangers family and create this revolutionary bond with one of the most successful clubs in the history of European football.

“In the coming years, we hope to see many members of the OCSC nation on the pitch and in the stands with 50,000 raucous fans at Ibrox. We also hope to make Orange County a second home for the Rangers US faithful and their families.”

The Orange County SC partnership is another positive step for Rangers global expansion, following on from the club’s tie-up with Bengaluru FC in India. These relationships will form the key pillars underpinning Rangers international development strategy.

“It is a club that in the last four years has aimed to become a prime destination for some of the most talented young players from the United States. The training environment is strong and supported by a determined and forward-thinking staff.

“It is our belief that together we can create an effective global player development network while also progressing a number of other football and non-football benefits.”

Orange County SC President of Soccer Operations Oliver Wyss added: “Rangers will serve as the aspirational peak of the one of a kind “Pathway to Professional Soccer” that Orange County SC has built for youth soccer players in Southern California.

“Our players will now be joined by some of the most talented young Rangers professional and academy players that we expect to have an immediate impact on the field for OCSC’s first team.”