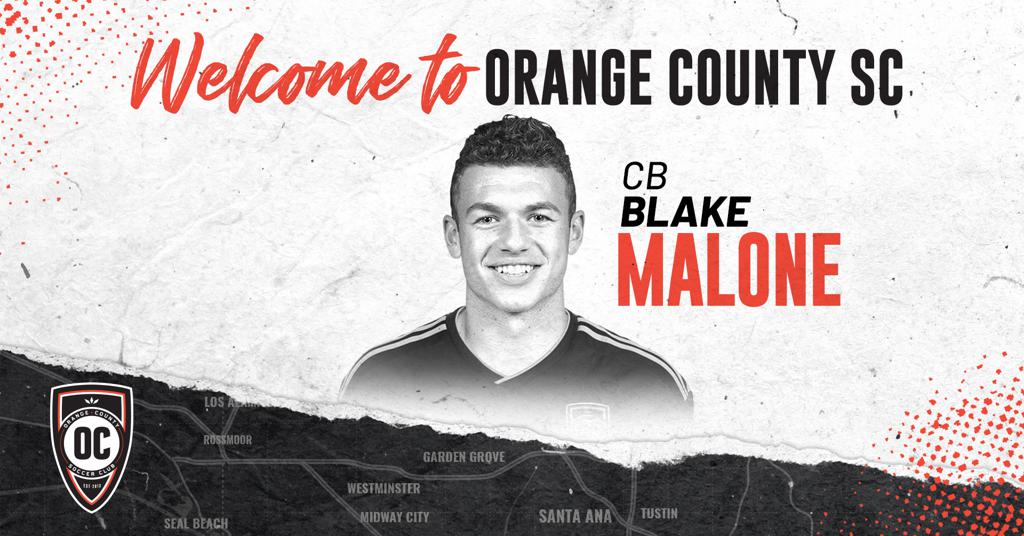 “I'm very excited to start working with Blake,” said OCSC Head Coach, Braeden Cloutier. “He is an extremely talented and more importantly coachable young defender that is comfortable both with and without the ball.”

Prior to beginning his college career, Malone, 18, came up in the Seattle Sounders MLS Academy system and played in the USL for the Sounders 2 (Tacoma Defiance). Malone started for the Sounders 2 against OCSC in 2018 at Championship Soccer Stadium when current OCSC assistant coach, Richard Chaplow, chalked up his 400th professional appearance.

“I am very happy to join OCSC and I needed a new challenge to push myself to the next level,” said Blake Malone. “The USL is a very competitive league and OCSC specifically provides the professional pathway to achieve my dreams. As a defender, I'm focused on shutouts, working with my teammates and I'm ready to give everything I have for Orange County.”

Malone played high school soccer for Desert Oasis in Las Vegas and then joined the Seattle Sounders FC academy in 2017 where he won the 2018 U-16/17 championship. After 2 years with the Sounders 2 Malone accepted a scholarship to play for the North Carolina Tar Heels. Malone was called up to the U20 U.S. Men’s National Team camp in January 2020, where he played in the 2-2 draw against Mexico.

“We are delighted that Blake, a current U.S. U20 Youth International, has signed his first professional contract with Orange County,” said Oliver Wyss President of Soccer Operations. “Blake has all the attributes to have a successful career on the highest level and we feel strongly that he will develop to his fullest potential in our professional structure.” 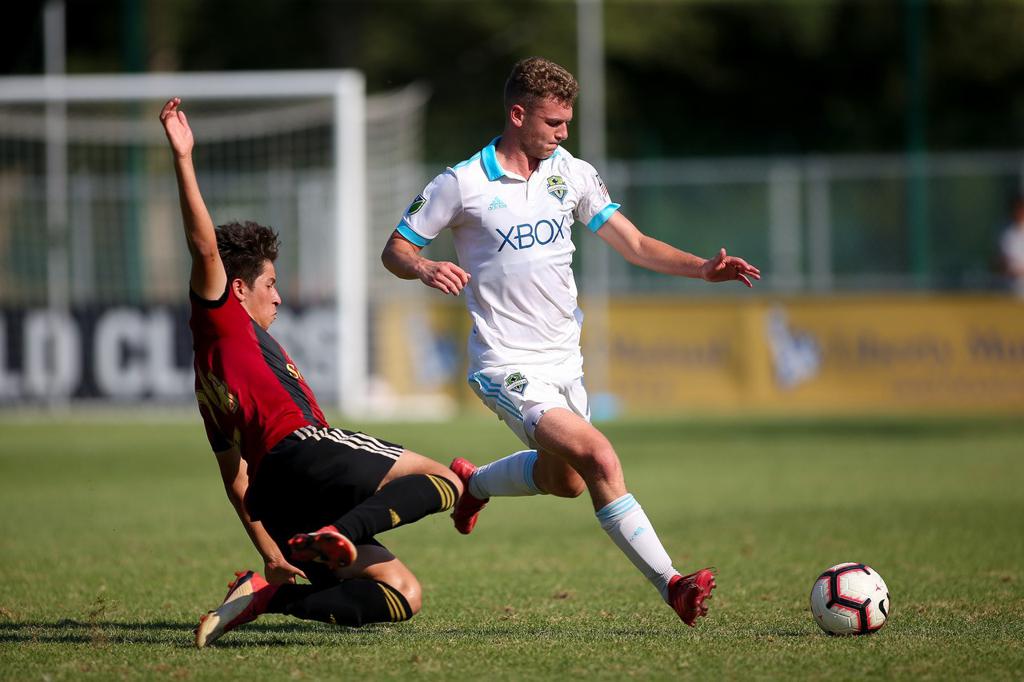 Orange County Soccer Club is Orange County’s only professional soccer team that is part of the United Soccer League (USL), the fastest-growing Division II professional soccer league in the world.  The USL is comprised of 36 teams across the United States.  The team plays its home games at the Orange County Great Park’s Championship Soccer Stadium, located in Irvine, CA.  Nestled in the heart of the Great Park, Championship Soccer Stadium has a capacity of over 5,000 for Orange County SC matches. Orange County SC was one of 12 founding members of the USL during its inaugural 2011 season. The preceding club, Orange County Blues, won the 2015 Western Conference Regular Season Championship and reached the Western Conference Semi-Finals of the USL Playoffs in back-to-back seasons.  Team owner and Chief Investment Officer of LARO Properties, James Keston, purchased and re-branded the team in 2017.  Keston, who actively oversees all operations of the team, is dedicated to providing a pathway to professional soccer and a world-class soccer organization that focuses on the fans, players and youth clubs of Orange County.