CARSON, Calif. (September 30, 2020) - After a narrow defeat to Phoenix Rising, Orange County SC are back on the road against fellow SoCal team LA Galaxy II. 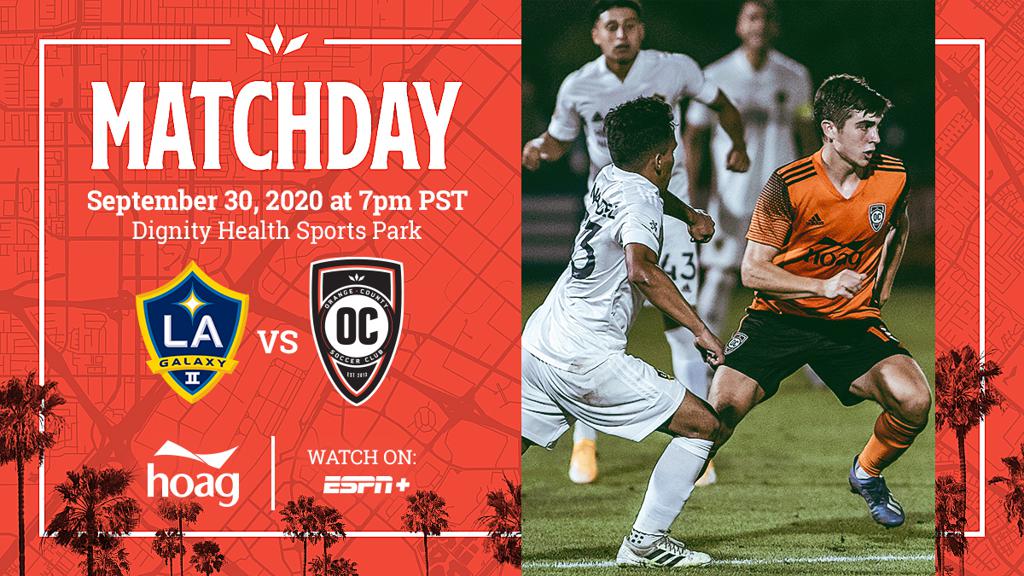 OC still remain in fourth place, three points away from second. Los Dos are currently in second place, on 23 points. To further complicate things, SoCal neighbors Loyal SC are also on 23 points. Both OC and LA have a game in hand on SD.

This will be the fourth match between the two sides this year. Orange County has taken six of the nine possible points from these fixtures. Every match between these teams in 2020 has ended 2-1.

Orange County will move into second place with a win. A draw requires that San Diego lose for OC to have a final chance to make the playoffs next weekend.

Galaxy II drew 2-2 after conceding a stoppage time equalizer to Las Vegas at the weekend. OC lost 1-0 to Phoenix.

Last weekend’s match saw the return of Kevin Coleman, and the winger created a handful of chances during his 30 minutes on the pitch. If the OC attack can turn chances into goals, it should be a comfortable win and a confidence booster heading into match week 16.

Harry Forrester is unavailable for selection.

The match kicks off at 7:00 p.m. Pacific at Dignity Health Sports Park. The game will be broadcast live on ESPN+ in the United States. The game is also available internationally on the USL Championship YouTube channel.