In 2006, Michael Orozco graduated from Magnolia high school in Anaheim, California, and was determined to pursue a professional soccer career. Orozco, a defender for local club team Irvine Strikers at the time, was a talented US prospect and member of the US National team U-18 before eventually being called up to the Senior US National Team, where he made 29 International appearances including playing in the 2008 Olympics.

His standout youth resume is comparable to many of the young players on the current OCSC roster, but 15 years ago there was not a clear pathway to pro in Orange County. He took his talents to Mexico and played for San Luis’s U-19 team. Orozco quickly became a member of the Senior squad and went on to play for some of the best clubs in Mexico including, San Luis, Puebla FC, and Club Tijuana, before returning home to play for Orange County SC in 2019.

This year, with the announcement of the USL Academy League, Orange County SC will now form an Academy team for players ages 14-19. Talented Southern California players like Michael Orozco finally have a legitimate pathway to professional in their community. This Academy Team addition to OCSC and other clubs around the USL is a monumental step forward in the development of US soccer. Unlike the MLS pathway, which tends to keep players in the US as long as possible, OCSC has the intention to transfer players internationally to the top leagues around the world! 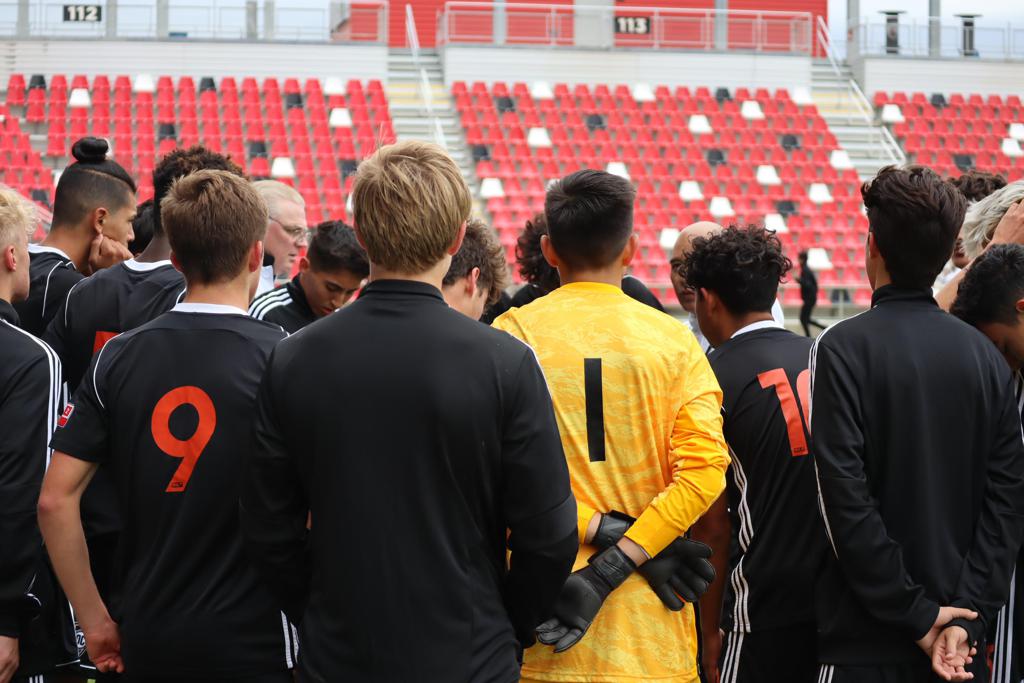 Despite not having a formal academy team in past years, OCSC has been a role model in the USL Championship for signing, developing and transferring top young players. OCSC fielded a local all-star team in the inaugural USL Academy Cup last year in San Antonio, where newly signed 14-year old Francis Jacobs starred as the captain and OCSC demolished the host San Antonio FC 7-2 in the Cup’s opening match.

Now, with a USL Academy league, OCSC can take their development to the next level with a full U-19 roster that will play an entire season aligned with the USL Championship schedule, with transfer windows strategically placed to allow local club players to move back and forth between their current club and the OCSC Academy team.

The Future Is Bright

Three key players on the current OCSC Senior roster are signed to pro contracts but would be age-eligible for the Academy squad; Francis Jacobs (15), Kobi Henry (16) and Raymond Drai (17), The Academy team will allow the next wave of top youth players to get more minutes in competition, while still training in a professional environment with the senior team day in and day out. Not only are these three teenagers signed to pro contracts already, but all of them have been on a US Youth National Team roster or called into Youth National Team camps.

An strong emphasis on the Academy will be made during the offseason for Orange County SC. With Southern California being a hotbed for youth soccer, OCSC will have the opportunity to add depth to its Senior roster, and fans should expect to have a high-level reserve squad in the coming years. It will be no surprise if OCSC is a favorite to win the Academy Cup next season.

The OCSC Talent ID Camp will be an opportunity for elite players ages 14-19 to train in front of the OCSC coaching staff and in front of coaches from the club’s international partner, Glasgow Rangers FC of the Scottish Premier League (regular participants in the UEFA Champions League and the Europa League).

The event will take place in early 2021, with exact details to be finalized in the next month. Clubs in the new OCSC Youth Soccer Network will be guaranteed a minimum two spots for the club’s top recommended players.