“We are excited to add Mikko, a very talented midfielder to our roster,” said OCSC President of Soccer Operations, Oliver Wyss. “Despite being only 23 years old, Mikko has already played over 130 professional games in the Finnish premier division and his all-around quality will improve our team!”

Kuningas, 23, tallied five goals and four assists for FC Lahti of the Veikkausliiga, Finland’s premier league, during the shortened 2020 season. Kuningas was signed by FC Lahti as a 17-year-old and has now played six seasons in the Veikkausliiga, four with FC Lahti and two with FC Inter Turku, accumulating over 130 appearances, 16 goals, and 19 assists.

“It’s a pleasure to sign for Orange County SC. I’m super excited for this opportunity and I can’t wait to join the team so we can start our preparation for the upcoming season,” said Mikko Kuningas. 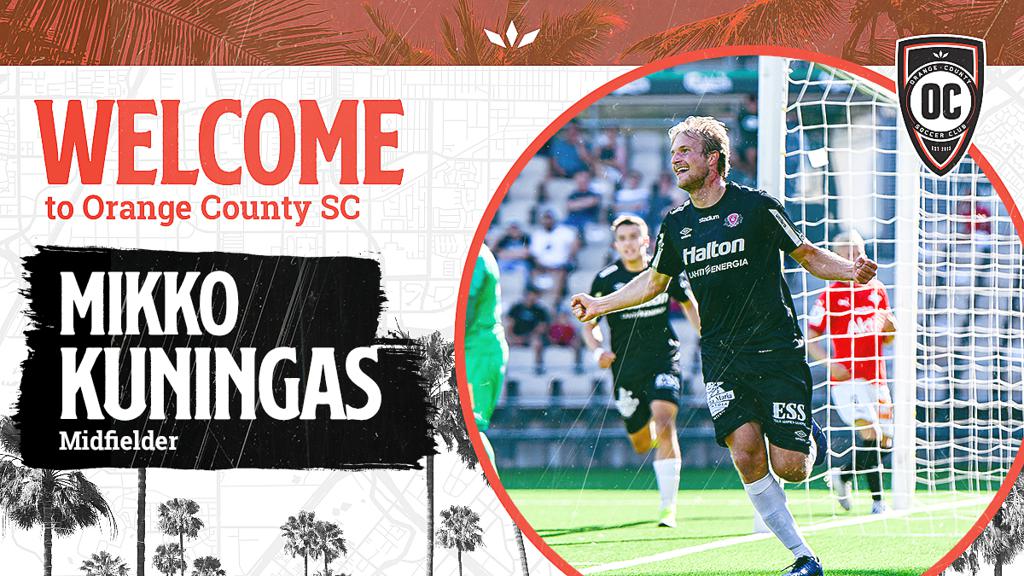 Kuningas has been ever-present within the Finland Youth National team, starting with the U17s all the way through to the U21s. He made his debut for the U21s in 2017 coming on as a second-half substitute against the Netherlands. He made his full debut against Australia the following week.

“Mikko is a highly rated, energetic and tenacious box-to-box midfielder. He will bring a tremendous amount of experience having played regularly in the Finish premier league at such a young age. I’m really excited to begin working with him,” said OCSC Head Coach, Braeden Cloutier.

17-year-old Kuningas was awarded “Newcomer of the Year” by FC Lahti in 2015 and won the Finnish Cup with FC Inter Turku in 2018. Kuningas scored the game-winning goal in the 83rd minute of the cup final. Kuningas is an excellent creator in the midfield, but also has a knack for finding the back of the net.