“We are excited to add Patrick, an International experienced and former German Bundesliga Goalkeeper to our roster,” said OCSC President of Soccer Operations, Oliver Wyss. “Patrick is a first-class professional and we are convinced he will be a standout in the USL!” 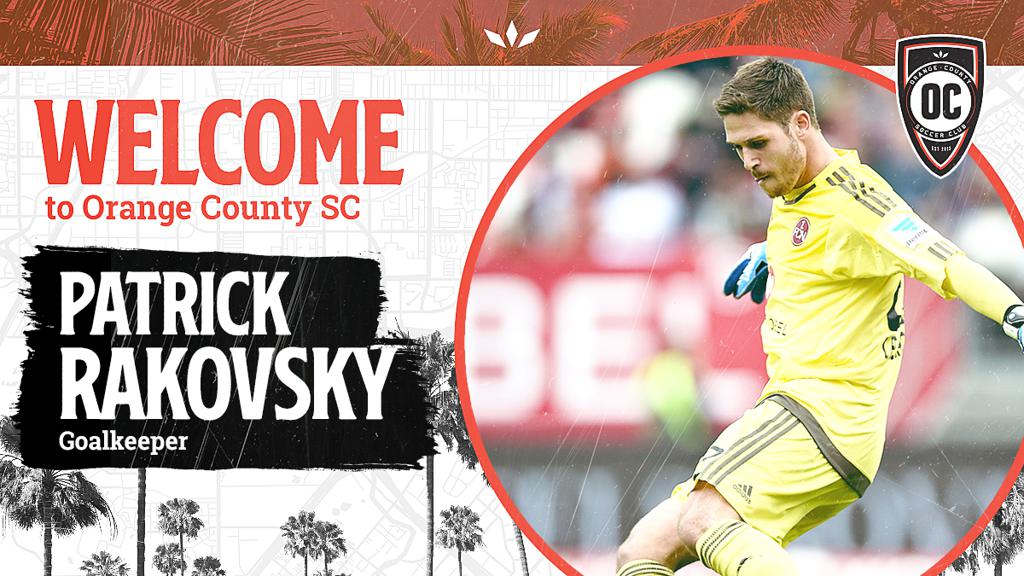 The 27-year-old German goalkeeper joins Orange County after two seasons with FC Lahti of the Finnish premiership, Veikkausliiga. Rakovsky played alongside Mikko Kuningas, Orange County’s other latest signee, during the 2020 season. Over Rakovsky’s two years with FC Lahti, he racked up 54 appearances and 19 shutouts.

"I am really honored to sign with Orange County. I am really excited to meet the team and I can't wait for the season to start,” said Rakovsky.

Before joining Lahti in 2019, Patrick Rakovsky played six seasons with FC Nurnberg. When Rakovsky joined Nurnberg in 2011, the club was playing in the German Bundesliga. Rakovksy appeared in eight matches, tallying three shutouts for FC Nurnberg’s first team and against some of the best clubs in football. His Bundesliga debut came against Borussia Dortmund and Robert Lewandowski (2020 FIFA Player of the Year), making him the 3rd youngest goalkeeper to start in the Bundesliga at 18 years two months and 18 days. This record still stands today.

After the 2014 season, FC Nuremberg was relegated to 2 Bundesliga. Rakovsky had a more permanent role during this period and tallied 31 caps and eight shutouts, conceding only 36 goals.

“I’m very excited that we have come to terms with Patrick. He is a very solid and stable goalkeeper that has played at the highest level in Germany,” said OCSC Head Coach, Braeden Cloutier. “He will bring leadership and professionalism to an already experienced back four.”

Rakovsky also played with the German National team starting at a young age, from the U-15 to the U-20 level. As a U-19 in 2012, Rakovsky was awarded the Fritz Walter Medal by the German Football Administration. This award is given annually to the best German Youth National players.

Patrick Rakovsky is a player that will bring substantial experience and leadership to Orange County SC in the 2021 season.