OCSC: A flexible partner in a complicated world

The calendar may reflect a new year, but the world continues to operate with many of the same challenges that presented themselves in 2020. Sports, alongside many other businesses, sustained immense economic and financial pressure due to abrupt changes as a result of the COVID-19 pandemic. Here at Orange County, like so many other teams and leagues, we worked tirelessly to adapt and comply to a constantly changing environment, patiently waiting for the coveted return of live spectatorship at sporting events. Although many questions about our upcoming season remain unanswered and the current focus has shifted to player and supporter safety, there is no better time to partner with your local sport organization. Here’s why. 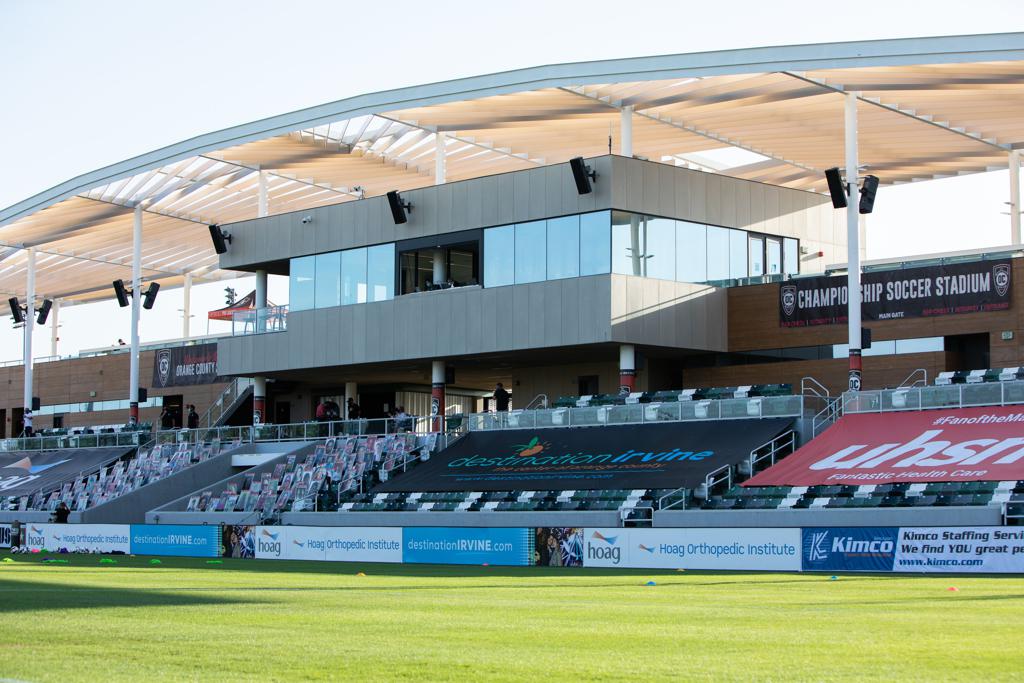 Like you, we also were influenced by the effects of a global lockdown. Our season was paused, matches rescheduled, and supporters unable to experience live, professional soccer at Championship Soccer Stadium. Despite these challenges, Orange County SC emphasized the importance of flexibility with its current partners, ensuring proper care, communication, and transparency to adjust deals that were practical, feasible, and valuable given the circumstances. We reached out to all existing sponsors as soon as the world started changing, not to see how we could keep all the sponsorship dollars at whatever cost, but to understand the impacts on them and work out ways to keep the partnerships mutually beneficial. We were flexible in our approach, changing physical assets into digital ones and working to make sure we understood our partner’s priorities in a changing world.

As the club battles through ambiguity to prepare for the 2021 season, we can assure a low cost, flexible partnership with meaningful exposure and activations for your business in any situation.  Since 2018, the organization has welcomed over 50,000 fans to Championship Soccer Stadium per season in addition to 20,000 per match on ESPN+ in 2020 - a total of more than 2M viewer minutes. The club’s 13.5% and 15.5% increases in Instagram and Twitter followers respectively indicate positive supporter growth during the midst of the pandemic.  OCSC has remained dedicated to the lifeblood of the organization by supporting fans and partners while eyeing a strong return to live sport in 2021.

OCSC is more than just a small but growing club within the USL, which is the fastest-growing second-tier soccer league in the world.  It is an innovative, driven team that prides itself on its Orange County roots yet looks abroad with its international partnership with Rangers F.C. of the Scottish Premiership.  The first of its kind in the United Soccer League, OCSC’s strong connection with Rangers F.C. presents an opportunity to players and businesses alike, offering chances of expansion and growth to foreign markets outside of Southern California.  We act local but think global.

Back home, the club continues its grassroots initiatives to grow the game of soccer through its newly established academy network launched in December 2020.  The network affiliates select boy’s youth soccer clubs with OCSC’s “Pathway to Pro” program that may soon feature a women’s squad and eSports division.  Orange County is our home, and we take great pride in representing the region and our supporters and partners, as we battle for greatness and glory on and off the pitch.

Our relative size is our strength. Our partnership packages are not one size fits all. We have the flexibility to tailor our deals to reflect the needs of the companies we work with, including understanding the challenges they face now and how business might change in the future.

Whether you want to sponsor the backs or sleeves of our shirts, have signage at the stadium visible in broadcast, or you want to simply work with us to offer value to our supporters and the broader youth network we work with, we are here to work with you – and find innovative ways to structure deals to make them work for both sides. We are not looking for a quick buck but instead a meaningful partnership that offers value to you in the long term.

2020 was a challenge for all.  Scrapped were our daily lives and routines, forcing change in a time when, seemingly, change was the only constant.  Effects of the pandemic have allowed OCSC to think differently of its business, putting an even greater emphasis on flexibility and support of its partners during these unheralded times.  Moving forward, we strive to find partners that are willing to grow with us together, as a team, for county and beyond.  There is no better time than the present and there is no better club than OCSC.  Together, we move forward.