Irvine, CA (February 10, 2021) - Orange County SC announced today that the club has signed central midfielder Tommy McCabe. Pending league and federation approval, McCabe will be the eighth offseason addition for County and will join the club ahead of the 2021 campaign.

“We are delighted to add Tommy, a gifted midfielder and stand out professional to our roster,” said OCSC President of Soccer Operations Oliver Wyss. “Tommy has great leadership qualities and we are looking forward to him showcasing his talent in Orange County!” 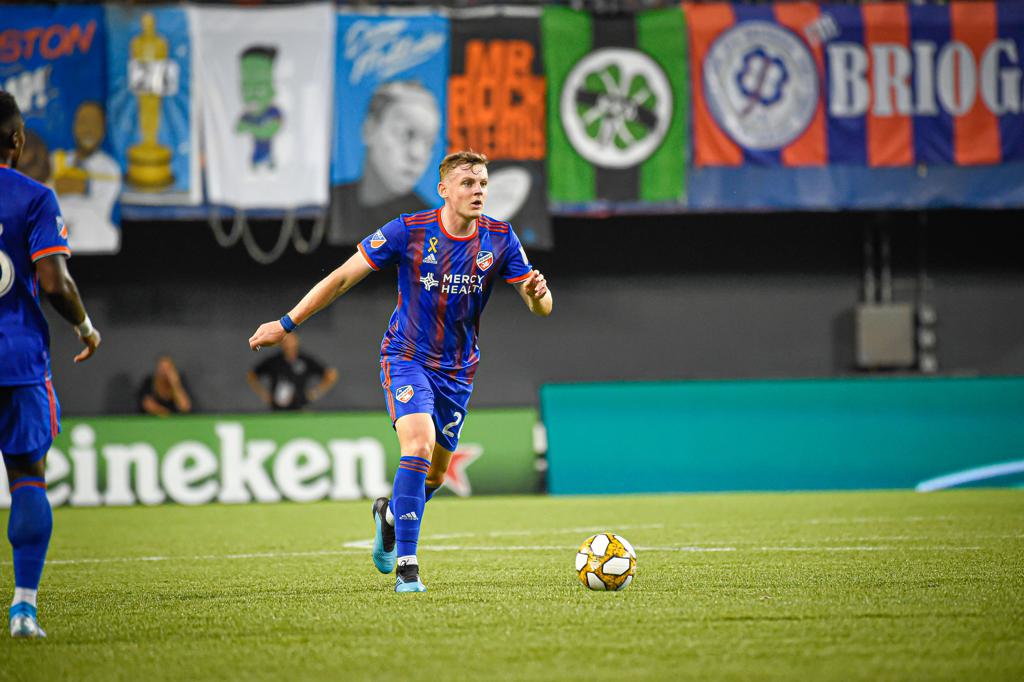 The 22-year-old spent the majority of his 2020 season with FC Cincinnati in MLS. McCabe was on the squad for 12 of Cincinnati’s 23 matches, including traveling to Orlando for the MLS Is Back Tournament. In August of 2020, he was loaned to Memphis 901 FC where he had two assists in seven starts for the USL Championship team.

On January 11th, 2019, McCabe was selected 29th overall in the MLS Superdraft by FC Cincinnati. He started the 2019 season on loan at North Carolina FC, making 10 appearances, eight starts, and scoring two goals. He was then recalled to Cincinnati for the remainder of the 2019 season, making six appearances and two starts.

(McCabe earns the USL Goal of the Week Award during his spell with North Carolina FC.)

“I am excited and thankful for the opportunity to join Orange County,” said McCabe. “I look forward to getting the season started and meeting my new teammates and staff. I hope to be able to contribute to the team’s goals this season and add to the success the club has had in the past years.”

Prior to his professional career, McCabe had a successful college career at the University of Notre Dame. He started in 60 of his 61 matches over three seasons with the Fighting Irish. In his first season, McCabe was selected to the ACC All-Freshman and ACC All-Academic teams. By his Junior season, he was named Third Team All-ACC and Male Athlete of the Year by the student newspaper of Notre Dame, The Observer.

Before enrolling at the university in 2016, McCabe spent three years in the United States Soccer Under-17 Residency Program. He made five appearances for the United States U17 National Team and played in the 2015 U17 World Cup in Chile.

"I am really looking forward to working with Tommy,” said OCSC Head Coach Braeden Cloutier. “He is not only a great player but also a first-class person and teammate. He will bring a great character and work ethic to our team."