The USL Championship today announced its league alignment for the 2021 regular season. The league will feature 31 teams across four divisions and two conferences in the upcoming season, with the clubs set to embark on a 32-game regular-season schedule that will be conducted over 27 weeks.  As previously announced, the Championship’s regular season will begin on or about May 1st, while employing a flexible start date that allows clubs to begin play anywhere between April 24th and May 15th.

The four divisions are aligned across the country producing the Atlantic, Central, Mountain and Pacific Divisions. The Atlantic and Central Division will make up the Eastern Conference, while the Mountain and Pacific Divisions will make up the Western Conference. The defending Eastern Conference Title-holder Tampa Bay Rowdies will enter the new season in the Atlantic Division, where they are joined by in-state rival Miami FC, 2020 Championship Playoffs clubs the Charleston Battery, Charlotte Independence, Hartford Athletic and Pittsburgh Riverhounds SC, and Loudoun United FC and the New York Red Bulls II. 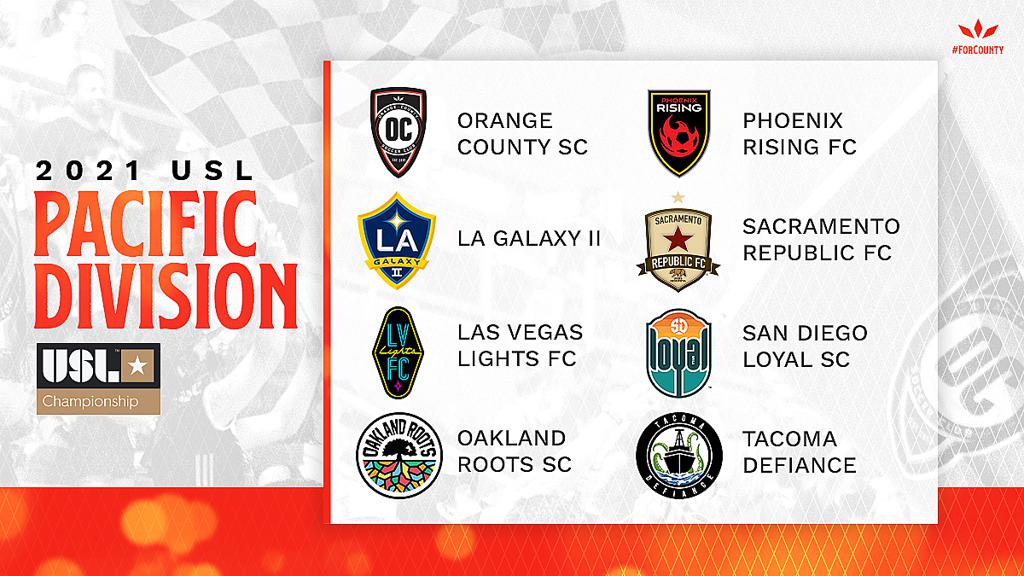 Stay tuned in the coming weeks for competition-related announcements on home openers for the 2021 USL Championship season, the 2021 ESPN national broadcast schedule, and the full 2021 regular season schedule.