Orange County SC will officially begin preseason training on Monday, March 15. Training will continue throughout March and April at Great Park before traveling to Colorado for a friendly against USL Championship side Colorado Switchbacks FC, which will take place at the Switchback’s brand new Weidner Field. The $35 million stadium seats 8,000 and is one of two new USL Championship stadiums that will debut in 2021.

The USL has announced that the 2021 Regular Season may begin anywhere between April 24 and May 15. The complete regular-season schedule will be announced at a later date. 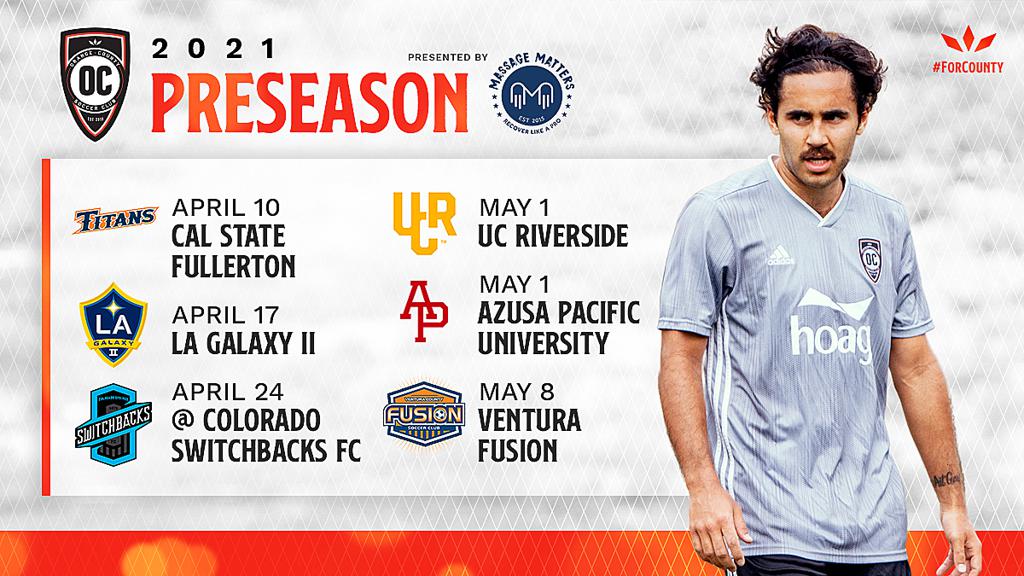