Orange County SC announced today that defender Blake Malone has been loaned to USL League One side Union Omaha through the end of the 2021 season. OCSC retains the right to recall Malone from loan during the USL regular season, subject to USL roster compliance guidelines.

Malone, 19, has yet to feature for OCSC since arriving ahead of the 2020 season from the University of North Carolina. In 2019, Malone appeared in 15 games for the Tar Heels where he scored a goal against Notre Dame. Malone was named to TopDrawerSoccer's Preseason Best XI teams in August of 2019 and signed with Orange County in December of 2019. 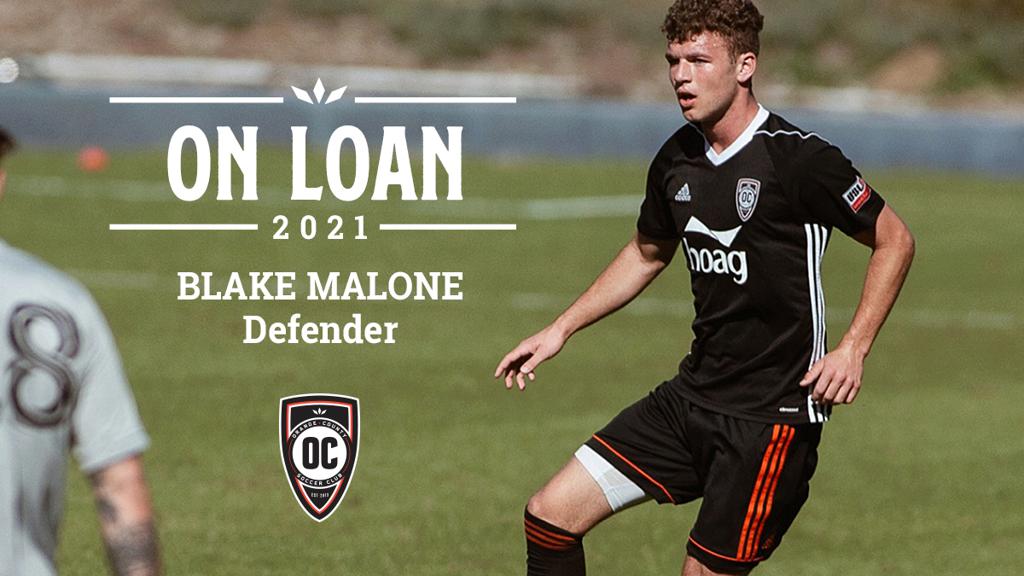