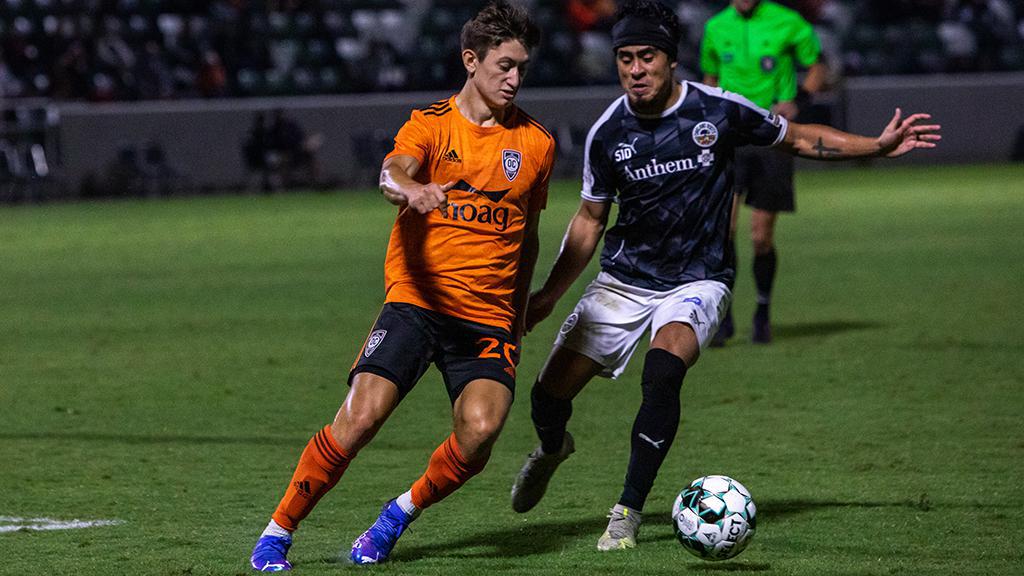 Orange County SC's Ben Mines scored the winner for his side on Wednesday night and could be looking for more as the squad heads to face Oakland Roots SC on Saturday at Laney Stadium. | Photo courtesy Liza Rosales / Orange County SC

OAKLAND, Calif. – Oakland Roots SC plays host to Orange County SC on Saturday night at Laney Stadium with the hosts hoping to boost their postseason chances in the USL Championship’s Pacific Division against an Orange County SC side it has yet to defeat this campaign and that is coming off its own big midweek victory. Kickoff is scheduled for 10 p.m. ET.

@OaklandRootsSC (9-12-7, 34pts) remained in fifth place in the Pacific Division standings after narrowly falling 1-0 to Phoenix Rising FC last Saturday night at Wild Horse Pass. The visitors recorded four shots on target but were unable to find an equalizer after Rising FC took the lead in the 11th minute through Darren Mattocks. Oakland’s chances of reaching the postseason were largely unaffected by Wednesday’s midweek action as it watch the LA Galaxy II and Tacoma Defiance both fail to take victories, keeping the side two points back of Los Dos and one point ahead of both the Defiance and Sacramento Republic FC with four games to go in the regular season. If Oakland is to challenge, though, it may need to produce a better result than it has earned so far against OCSC this season with the visitors on Saturday night having gone 2-0-1 in their prior three meetings this campaign.

@OrangeCounty SC (11-10-7, 40pts) solidified its position in third place in the Pacific with a 1-0 win against Phoenix Rising FC as an early goal by Ben Mines proved the difference at Championship Soccer Stadium. The win was OCSC’s first against Rising FC this campaign and opened a six-point gap to fifth-placed Oakland with four games remining on its schedule. Orange County broke a two-game losing streak with the win and now sits with a Magic Number of 7 points to earn a return to the postseason after missing out a year ago. Mines’ goal was his second since arriving at the club on loan from FC Cincinnati, while goalkeeper Patrick Rakovsky earned his sixth shutout of the season to go with 57 saves on the year.