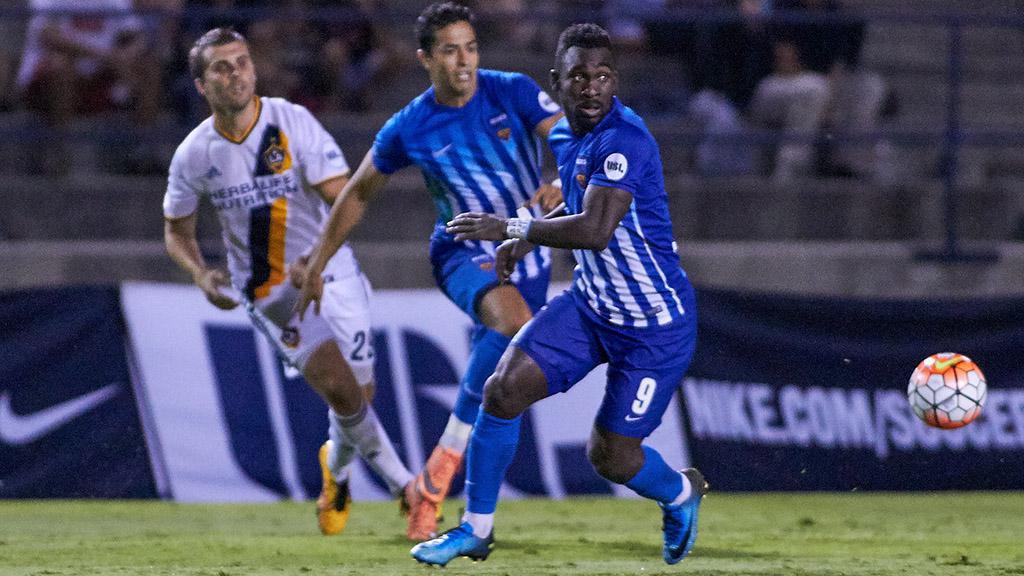 Orange County Blues FC needed a late miracle to earn the first back-to-back postseason berths in the club’s history, but a season of ups and downs ended on a high note with a second consecutive trip to the Western Conference Semifinals as a penalty shootout win gave the Blues their first USL Cup Playoffs victory in their history.

As well as the side played at times during the season, though, the bigger news for the club was its acquisition by local real estate developer James Keston late in the season, who took over ownership of the club from Ali Mansouri. One of the USL’s original clubs is now poised for major growth off the field starting this offseason, which bodes well for a chance at greater consistency on the field in terms of personnel in 2017 and beyond.

The Blues brought in a number of new faces to boost their attack, and the addition of Trinidad & Tobago international Trevin Caesar paid off handsomely. With 10 goals, Caesar complemented the continued production of Didier Crettenand, who notched nine, as the Blues got the goals when they needed them to earn a place in the postseason. Meanwhile, Josh Cohen’s second season with the club saw him be called upon in the club’s critical contests, usurping another big offseason signing in 2015 USL Goalkeeper of the Year Brandon Miller in the process.

Consistency proved to be an issue throughout the season, as the Blues’ playoff hopes rested on a knife-edge down the stretch. Big wins that appeared to get back on track would be followed by letdowns that saw the side misfire as the side went only 7-6-2 at home. Secondary scoring also proved an issue, with almost half of the club’s goals (39) being scored by either Caesar or Crettenand (19).

GOALS OF THE SEASON

Trevin Caesar led the Blues with 10 goals as his timing in beating opponents’ back lines paid off regularly, such as in this opening goal in a 2-0 victory against the LA Galaxy II.

Roy Meeus’ four goals came mostly from the penalty spot, but his ripped finish from the top of the penalty area against San Antonio FC was an indicator of the technique the Belgian defender brought to the Blues.

SAVES OF THE SEASON

Brandon Miller’s anticipation and shot-stopping were on full display in this double-save against the Swope Park Rangers as he bailed out his teammate after a defensive turnover.

Josh Cohen made a number of big saves for the Blues throughout the year, including this outstanding stop on a deflected shot against Colorado Springs in late May.

“I know there is a lot of hard work in front of us, but I know we’re willing and committed to do whatever it takes to give Orange County, its fans, its community, its youth clubs exactly what they deserve, because let’s face it, Orange County is a very soccer-rich community. I think if we can deliver a club that everyone is proud of, and the community can identify with, we have something that will be a very successful club for many years to come.” – Orange County Blues FC General Manager Oliver Wyss