Duo eager to transform Orange County soccer from bottom up 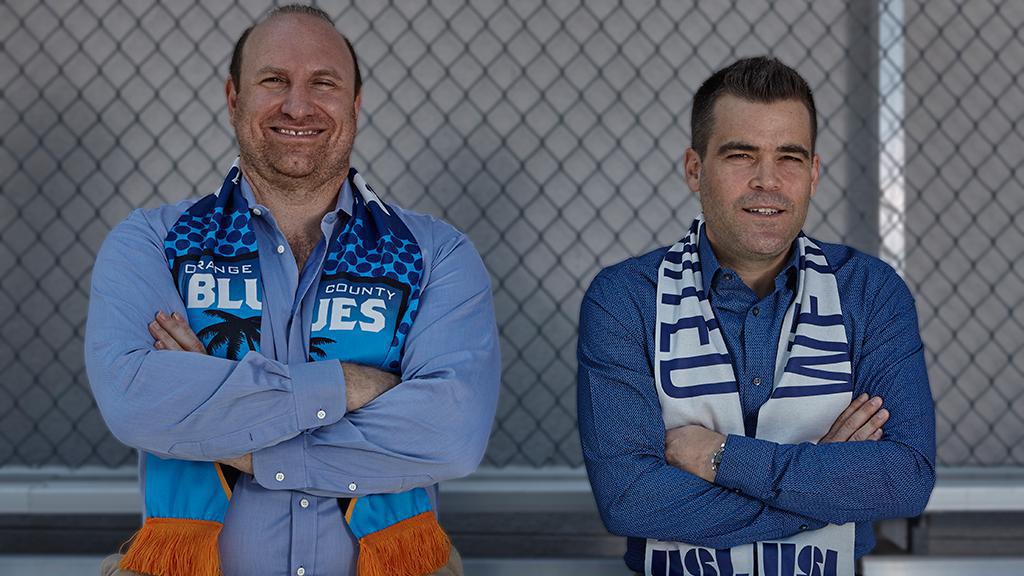 It certainly left an impression.

“I was so impressed from the first moment I met him – as everybody is who meets James – at his enthusiasm for the game,” Wyss said recently. “He’s obviously a true fan of the U.S. game and fully committed to the development of the game. It goes without saying that he’s been a very successful businessman with his extensive experience in real estate, but more important than anything else, he is just a fantastic fan, and the enthusiasm and the passion he shows for the game – and especially for the growth of the game from the youngest levels – is remarkable.”

Wyss’ work with the Blues over the past two seasons has been the latest chapter in more than two decades of involvement in soccer in Orange County. The Swiss national who moved to California in the 1990s to play professionally became a key figure in the region’s soccer scene after his playing career ended early due to severe Aplastic Anemia, which saw him undergo a successful bone marrow transplant.

He soon took to coaching, and trying to provide a pathway for players to progress through the ranks. Now with Keston’s purchase of the Blues, the opportunity for the club to introduce not only its own academy system, but also work with already-established local clubs, could provide the framework for soccer in Orange County to reach an even higher level 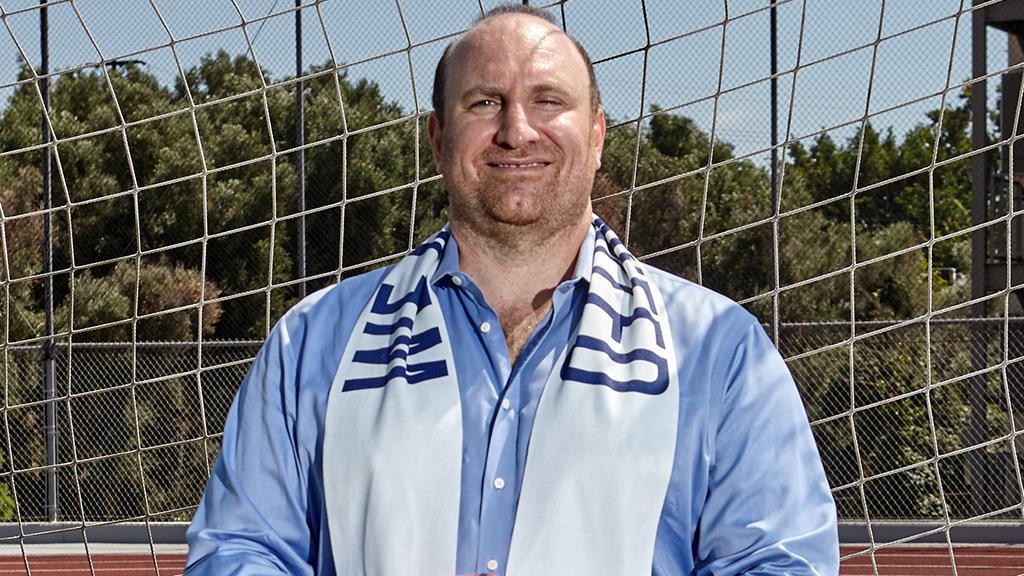 “This is the first time I can truly say we have a clear leader that can make the only professional club in Orange County something the entire community can be proud of, and wants to be part of,” said Wyss. “James and I, we truly believe that the academy is the future of the club, but we also want to make sure that the players who will come from the local community can identify themselves with our club, and to build strong relationships with the youth clubs that are already out here who have produced and are producing fantastic players. To have them work together with one goal is a very exciting concept.”

As much as Wyss appreciates what Keston will bring to the Blues, Keston respects what Wyss and Technical Director Barry Venison have accomplished since joining the field. Orange County claimed first place in the USL Western Conference regular season a year ago, and remains in playoff contention going into the final game of the regular season this weekend. With that platform in place, Keston is looking forward to building out the club so it will not only compete year-in and year-out in the USL, but also offer a strong platform for young local players to come through the club’s system.

“I think my job in coming on – and why I’m so excited to get involved – is to build out the other side of that franchise and give us the resources and go out and get increasingly better players, and players who are perfectly fit for USL, but to also get involved in the player development side,” said Keston. “Our dream is ultimately to bring players up from our youth academy to play on the OC Blues, and have them represent Orange County. For a local team in a second division professional team, that is ultimately the dream and the goal.” 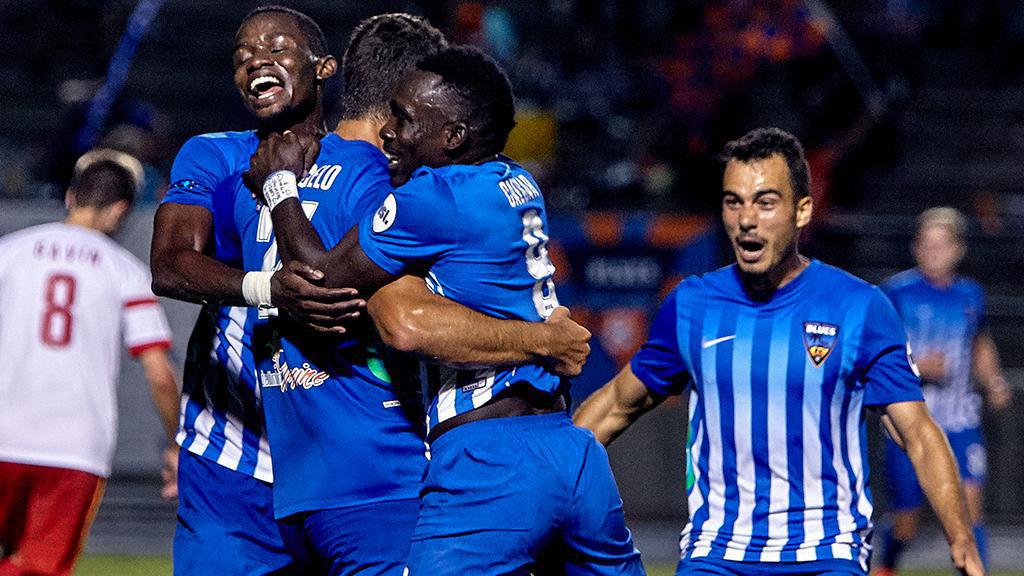 In addition to the shared vision both Keston and Wyss have on the direction of the club, and the opportunity it will be able to afford young local players, the additional infrastructure and staff that Keston’s investment in the team will also allow the Blues to grow off the field in the local community. For Wyss, that investment will be essential as the Blues look to increase their visibility in Orange County.

“Obviously for James to spend a significant amount of financial resources into bettering our front office is obviously essential for the growth of our club,” Wyss said. “I believe we have done a very good job on the field in the last 20 months to put a top-quality product on the field, and that is due to the relentless work from everybody that’s been at the club. It didn’t matter what title you had in the club, everybody has been fully committed to making this the best on the field, but along with that, as we all know, if you don’t have the proper infrastructure you will never be able to succeed for the long run.”

But with the prospect of new additions to the club’s staff, and the potential in the long run for a permanent home stadium, Wyss is ready to put the wheels in motion to make the Blues the club both he and Keston have envisioned. 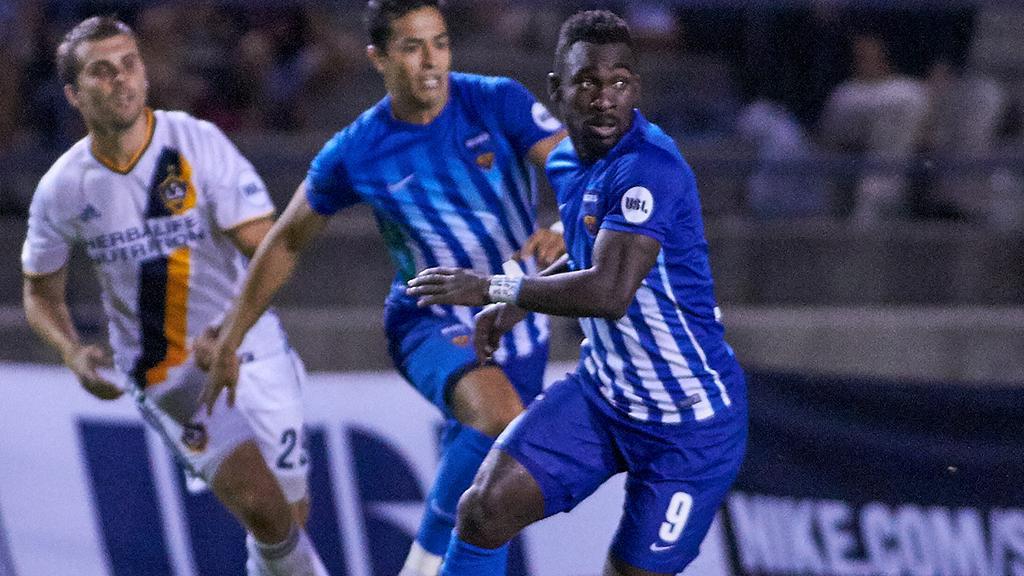 “It’s extremely exciting,” he said. “Anytime when your leader and your new boss shows such enthusiasm and hard work and dedication to build this club with the goal to make it a world-class organization in every aspect, it’s an extremely exciting time.

“I know there is a lot of hard work in front of us, but I know we’re willing and committed to do whatever it takes to give Orange County, its fans, its community, its youth clubs exactly what they deserve, because let’s face it, Orange County is a very soccer-rich community. I think if we can deliver a club that everyone is proud of, and the community can identify with, we have something that will be a very successful club for many years to come.”