IRVINE, Calif. - There was plenty of magic this year at Championship Soccer Stadium in Irvine as Orange County SC navigated through their best season in franchise history. Unfortunately, that ran out on Saturday night as the club could not overcome an early deficit, losing 2-1 to Phoenix Rising FC in the Western Conference final.

Before some of the 5,000+ record-capacity crowd reached their seats, Phoenix had opened the scoring. In a quick build-up, Kevon Lambert set up Chris Cortez for the goal in the second minute. Rising FC doubled their lead in the 73rd minute, courtesy of their legendary striker. Didier Drogba followed up his own blocked shot and poked the ball past goalkeeper Andre Rawls. 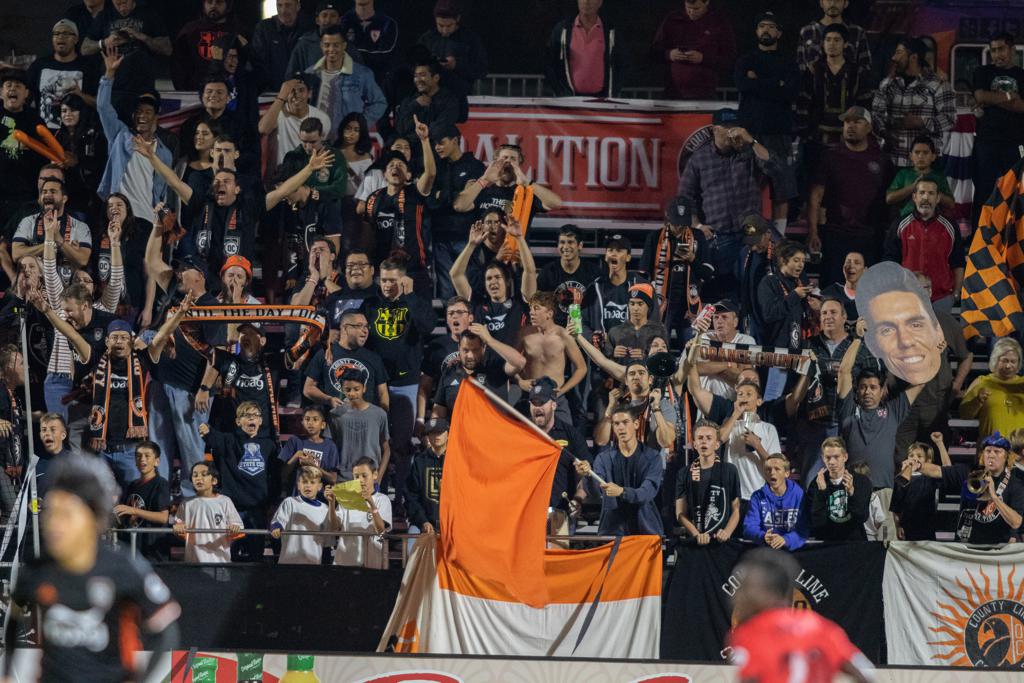 The regular season Western Conference champions would not go quietly into the night. Pushing numbers forward, Orange County cut the lead in half in the 81st minute. Forward Thomas Enevoldsen’s free kick found defender Alex Crognale in the penalty area. He was able to rise and head the ball towards the post where midfielder Koji Hashimoto stepped in to put the ball in the back of the net.

Orange County found a chance to equalize in the very last minute of stoppage time. With everyone in the attacking half, including nine players in the box, midfielder Aodhan Quinn’s free kick bounced around in the penalty area before finding Hashimoto. He was able to get a shot on goal, but it was saved less than 30 seconds before the final whistle blew.

As they typically do, Orange County dominated possession (67-33%) and passing accuracy (83-66%). They also out-crossed Phoenix by a staggering 35 to 8. When asked about Phoenix's the early goal, Richard Chaplow said "they obviously took advantage of it by sitting back and inviting the pressure and we weren't able to break the deadlock in the end."

Despite the loss, this season was a record-breaking one for Orange County SC. They set new franchise-bests in points, wins, advanced the farthest in the postseason and attendance. The club was also able to ensure a promising 2019 and beyond by signing extensions with head coach Braeden Cloutier, midfielder Aodhan Quinn, and forward Michael Seaton. Reflecting after the loss Clouther said "we had a fantastic season, a great run in the playoffs, and if given this opportunity at the beginning of the season, we've would have taken it.  We opened a lot eyes around the league and we have a good basis now from to build on for the future."

Joseph Amico completed 93% of his passes, including 84% in the attacking half.