“I am delighted to add Rich to the technical staff after his successful playing career at OCSC. His vast international experience will have a profound impact on our staff and players on and off the field. Rich is the perfect role model for our younger players and our pathway to professional soccer here at Orange County. I know our fans and the soccer community will be excited to see and support Rich in his new role as a professional coach,” said OCSC General Manager Oliver Wyss. 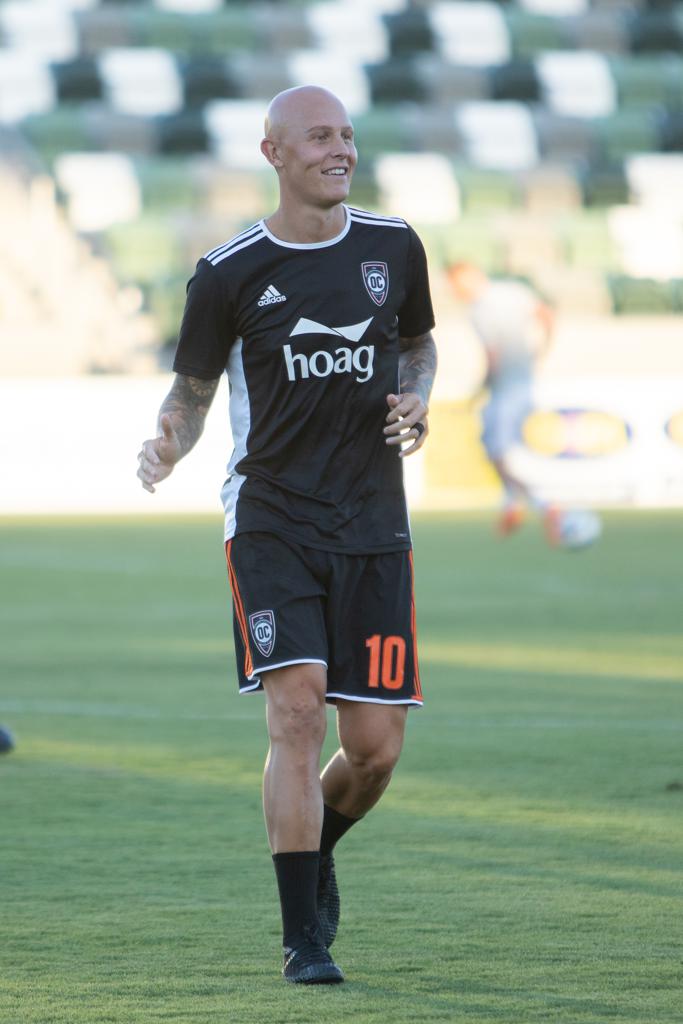 In his time with Orange County, Chaplow served as a dedicated mentor to his younger teammates —sharing his experiences, and being a leader both vocally in the locker room and by example on the pitch.

“I'm very happy and fortunate to have Rich join my coaching staff, he has been a big part of the growth of our club on and off the field these past few years. He's a top class professional that is eager to start the next chapter in his soccer career,” said OCSC Head Coach, Braeden Cloutier.

Chaplow, 33, began his career with Burnley FC in 2003 when he was only 18. After scoring seven goals in sixty-six appearances in the Championship, he was then signed by Premier League Club West Bromwich Albion in 2005. Chaplow would make forty-four appearances for the Baggies before being loaned by the club to Southampton FC. He would move to Championship’s Preston North End FC, making sixty-eight appearances and contributing eight goals, before returning to the Premier League with Southampton FC. Chaplow helped propel the Saints on to promotion in 2010 and would play alongside world-class players such as Adam Lallana (Liverpool FC), Morgan Schneiderlin, Luke Shaw (Manchester United FC), and Gareth Bale (Real Madrid FC) during his tenure.

“Having been part of the growth of this club for the past 3 seasons, I am delighted that I now have the opportunity to continue my journey as assistant to Braeden,” said OCSC Assistant Coach, Richard Chaplow. “I can’t wait to get going, and I’m excited about getting out onto the fields to help build another successful season in 2019.”

In 2015, Chaplow went to play for Ipswich Town FC in the Championship before heading to Doncaster Rovers FC in League One. It was amidst the 2016 season when a determined Orange County SC, then looking to build on its momentum toward returning to the USL Playoffs for the second consecutive year, would acquire the driven Chaplow. He would contribute two assists in the crucial season finale, helping Orange County SC win the game and move into the final playoff spot in the Western Conference. Chaplow retired at the end the 2018 season after playing 400+ professional soccer matches.

Orange County Soccer Club is Orange County’s only professional soccer team that is part of the United Soccer League (USL), the fastest growing Division II professional soccer league in the world.  The USL is comprised of 34 teams across the United States.  The team plays its home games at the Orange County Great Park’s Championship Soccer Stadium, located in Irvine, CA.  Nestled in the heart of the Great Park, Championship Soccer Stadium has a capacity of over 5,000 for Orange County SC matches. Orange County SC was one of 12 founding members of the USL during its inaugural 2011 season. The preceding club, Orange County Blues, won the 2015 Western Conference Regular Season Championship and reached the Western Conference Semi-Finals of the USL Playoffs in back-to-back seasons.  Team owner and Chief Investment Officer of LARO Properties, James Keston, purchased and re-branded the team in 2017.  Keston, who actively oversees all operations of the team, is dedicated to providing a pathway to professional soccer and a world-class soccer organization that focuses on the fans, players and youth clubs of Orange County.