IRVINE, CA – Orange County SC has agreed to terms on a contract with midfielder, Koji Hashimoto, pending P1 league and federation approval. Terms of the deal were not disclosed.

Hashimoto appeared in 23 games for Orange County as a midfielder in 2018, with 2 Goals, 16 tackles, 14 interceptions and 40 duels won. Hashimoto was a major contributor to Orange County’s best season ever, and scored OCSC’s final goal of 2018, in the Western Conference final loss against Phoenix Rising FC.

Hashimoto started his career in the J1 and J2 league in Japan. In 2010 he won the Japanese Championship and in 2011 the Japanese Super Cup for Nagoya Grampus. 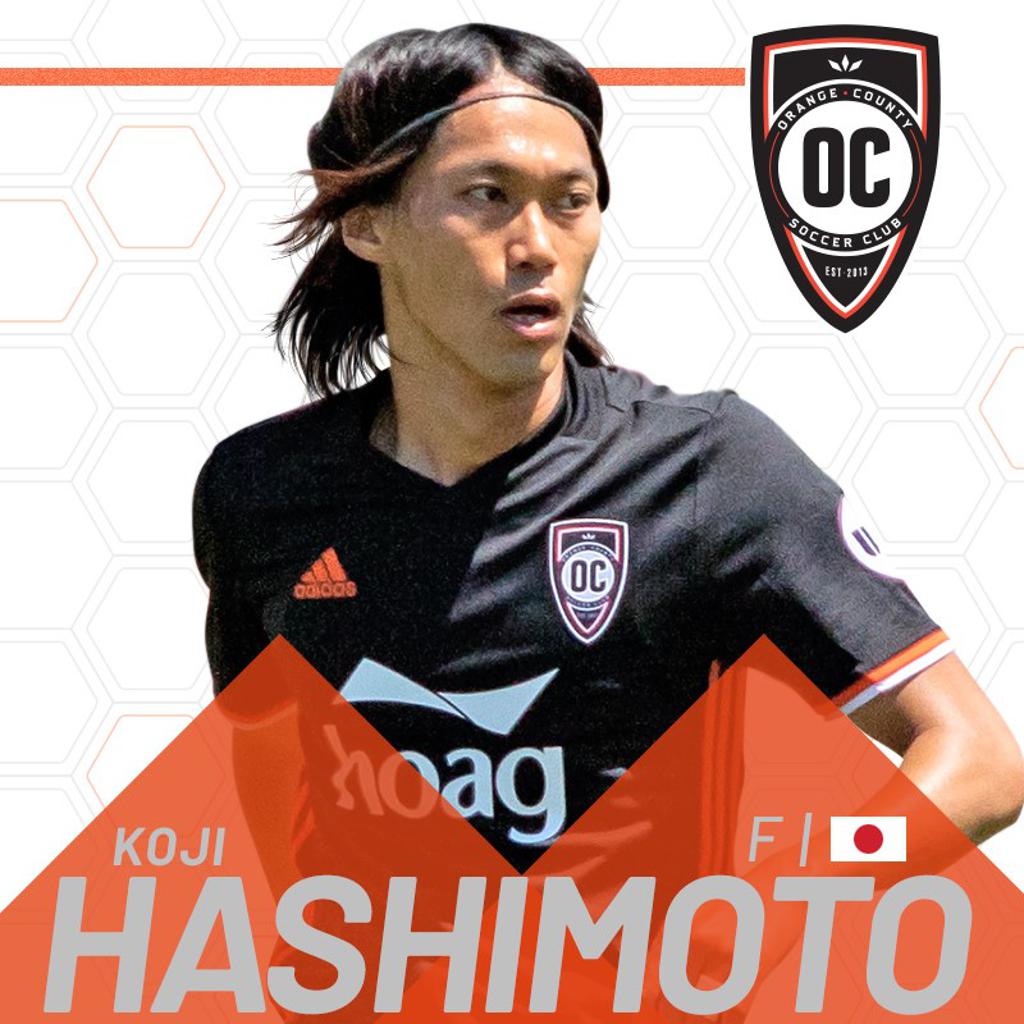 Koji Hashimoto, 31, began his professional career in 2006 playing for Nagoya Grampus of the J1 League. He transferred to FC Mito HollyHock of the J2 League in 2012 where he would go on to score 19 goals and 20 assists during his two years with the club. He then joined Omiya Ardija in 2014, scoring 5 goals and 1 assist. He signed with Kawasaki Frontale of the J1 League from 2015 – 16, scoring 1 goal and 6 assists. In 2017, Hashimoto re-signed with FC Mito HollyHock where he would score 3 goals and 7 assists during the season.